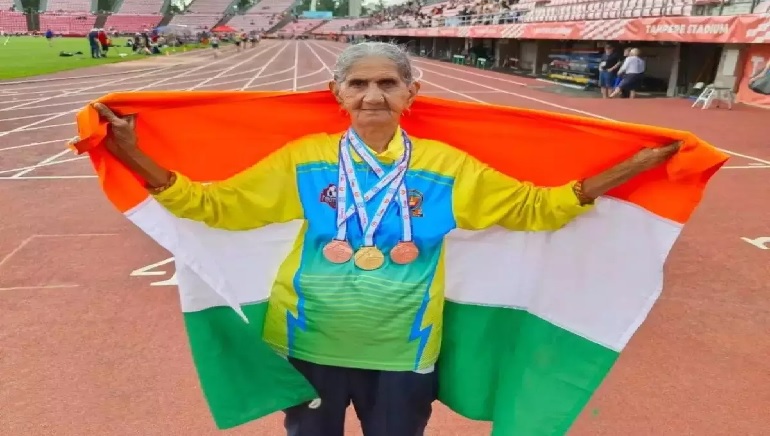 She won the gold medal in the 100-meter sprint with an excellent timing of 24.74 seconds.

The World Masters Athletics Championships were held between June 29 – July 10 in Tamper. It is a world championship-caliber event for track and field athletic events for male and female athletes aged 35 and above.

Haryana Governor Bandaru Dattatreya and Chief Minister Manohar Lal Khattar on Monday congratulated 94-year-old Bhagwani Devi for bringing laurels to the country and proving that age is just a number.

In a tweet, the Union Sports Department said “She won a gold medal at the #WorldMastersAthleticsChampionships in Tampere in the 100m sprint event with a timing of 24.74 seconds. She also bagged a Bronze in shot put. Truly commendable effort!” it said.

Union Sports Minister Anurag Thakur also congratulated Devi on her achievement. “Age is no bar! Very inspiring!” said Thakur in a tweet. The internet is in awe of Bhagwani’s determination, and fans from all over the country and outside the country have poured in congratulatory messages for the old yet young Indian athlete.