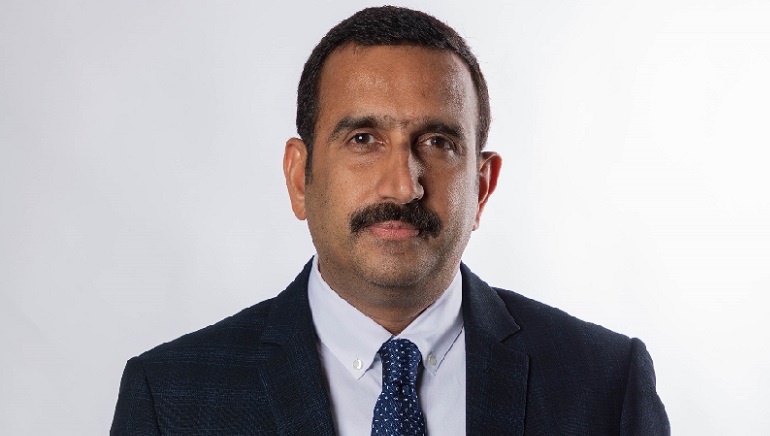 A storehouse of talent, Ajayya is known to many as a virtuoso because of his extraordinary abilities. The professional journey of this versatile leader began with technology giant ABB as a Management Accountant in 1994. Since then, he has worked with some of the leading names in the GCC region, such as Federal Foods. He made his way up the ladder of success by sheer willpower and hard work. In 2004, Ajayya joined Emircom as its Chief Financial Officer and led the company to become a market leader in ICT services in the Middle East. Over the past two decades, he has assisted Emircom in laying a sound, solid financial foundation. The visionary leader has played a crucial role in every step of Emircom’s growth and has given insightful advice to every strategic decision to take the company to new heights of success.

Ajayya is an exceptional team player, an astute tactician and someone who is flexible and willing to dive right into the job at hand. To defend Emircom’s interests, he has worked tirelessly to create assets, reduce bad debts, and establish a bulwark of solid financial practices. Consequently, he has become a key figure in Emircom’s corporate affairs. However, he had to overcome unique challenges in steering his company to success. It was only by adopting a forward-looking, objective approach, making the right investments, and taking calculated risks that he was able to get the company through tough times.

Ajayya has been involved with mentoring two prominent and rapidly growing start-up companies in education and IoT segment. As a mentor, he teaches his protégés to have a positive entrepreneurial attitude and be dedicated to their cause, and not give up regardless of obstacles. Additionally, several startup leaders have been trained by him to develop both practical and financial wisdom. These concepts are the core of his recent book, Formula G – How to Scale your Startup or Company into a Growth Machine, which he has co-authored with peers in the industry. The modest leader is committed to the advancement of innovation in management and education, for grooming the next generation of students and entrepreneurs.

Despite relocating to the Middle East’s Abu Dhabi, Ajayya is more connected to his traditional roots. After moving to Abu Dhabi, Ajayya made a promise to himself that he would do everything possible to stay connected to his culture. Born and raised in Kerala, he spent his childhood watching performances and spent time backstage with Kathakali artists, and that’s what keeps him close to his culture. He has been instrumental in coordinating many major events in Kathakali as well as other art forms across India and abroad.

As a cultural activist, Ajayya is associated with a number of organizations that promote Indian art and culture. Since he holds a special affinity for Indian culture and arts, he also serves as the Founder and Chief Curator of Sarvamangala Arts Initiatives. Sarvamangala Trust is a non-profit cultural foundation contributing to the fields of culture, art, and cinema through curated events, fundraisers, film production, and services to the creative community. The organisation registered in Thrissur, India is affiliated with the Kerala Sangeetha Nataka Academy and has a presence in the UAE as well. To date, Sarvamangala Arts Initiatives has organized a dozen events at prominent temples and art centres in across India as CSR activities through Sarvamangala Trust. Its project, Temple Series – Stories of temples and their arts, was dedicated to classical arts that emerged around temples.

Additionally, his venture, Sarvamangala Productions, makes conscious interventions in the field of OTT and films, which reflects his artisanal streak in a significant way. The company has produced more than 10 short films, among which Burning and Dammy have been featured and recognized at many international film festivals, such as Indian Panorama, Madrid International Film Festival 2019, South Asian Film Festival of America 2019, and San Diego International Film Festival. The short film ‘Burning’ has so far been screened at 40 film festivals across the globe. Eventually, the Production House plans to start producing full-length features.

Ajayya has drawn inspiration from several books written by Jim Collins, including Built to Last, Good to Great, and Great by Choice; The Leader Who Had No Title by Robin Sharma, as well as concepts such as Grid Theory. Gabriel Marquez is his favourite legendary writer, who he admires the most. His favourite reads are Discovery of India by Jawaharlal Nehru and Shantaram by Gregory David Roberts.

Taking inspiration from such legends, Ajayya himself has co-authored four books — out of which two are about management, one is about parenting aspects, and the other is a work of fiction. His other interests include travelling and he has visited most of the countries in the world.

Ajayya strives to make a positive contribution to society through CSR activities. Under his leadership, he partnered with a multinational computer technology company to provide laptops and computers to students in the UAE and India at much-subsidized rates during the pandemic.

Families with multiple children taking online classes at the same time were relieved by the efforts. In addition, he has provided direct financial assistance to more than 1,000 artists through his Sarvamangala Arts Initiative. His dream project is to mentor 1000 startups within the art domain in the next five years, which will include dance, playwriting, and other forms of entertainment.