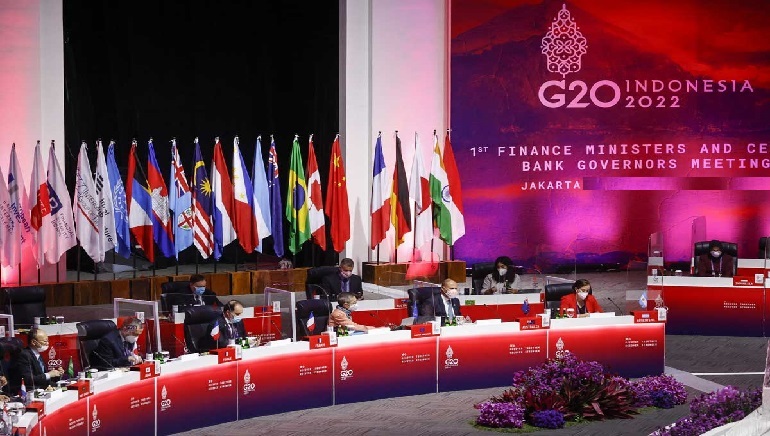 On Friday, the G20 meeting was held in Bali, Indonesia with US Secretary of State Antony Blinken and Russian Finance Minister Sergei Lavrov. the top diplomates attended the meeting of the Group of 20 foreign ministers for the first time since the Russian Invasion.

Meetings between Moscow and Western nations are expected to produce tense exchanges but no direct meetings are expected between the diplomats.  It is believed that Washington is looking for significant backing from the major economies around the globe to put pressure on Moscow.

A senior US official said, “It clearly can not be business as usual when it comes to Russia’s involvement and engagement in enterprises like the G20”.

As part of his visit to Bali, Blinken will meet with his Chinese counterpart Wang Yi for the first time in months after tensions over Taiwan strained relations.

In addition to the war’s impact on food and energy security, the G20 will look at how the global economy will recover from the Coronavirus pandemic and the consequences of climate change. Nonetheless, Blinken will avoid a direct meeting with Lavrov, instead blaming Moscow for causing global food and energy crises.