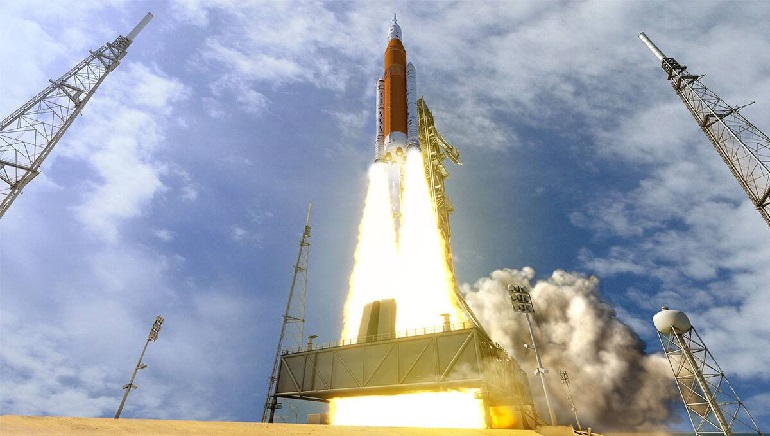 NASA is rolling out the Artemis 1 spacecraft to the Launchpad at the agency’s Kennedy Space Center in Florida, ahead of its launch. It was on 10 PM on August 16 (7.30 AM IST on August 17) that the “crawler-transporter” started the Space Launch System (SLS) rocket and Orion spacecraft’s nearly six and a half kilometers journey to the launch pad.

It is not before August 29 that the SLS rocket and Orion spacecraft are scheduled to launch from the complex. Five-segment boosters and four RS-25 engines will power the SLS rocket that will produce over 3.9 million kilograms of thrust. The spacecraft will deploy solar arrays after it orbits the earth. Thereafter, the Interim Cryogenic Propulsion Stage will demand the exit of Orion from the Earth’s orbit and travel toward the moon. Then, Orion will move away from the ICPS within about two hours from the time of the launch. The ICPS will then position small satellites, called CubeSats, including the BioSentinel, which will carry a yeast cargo into deep space. The CubeSats will conduct several experiments and technology demonstrations.

The spacecraft will stay in that orbit for approximately six days and accumulate data, and the mission team will assess its performance. After this, Orion will once again near the moon and speed up back towards Earth.