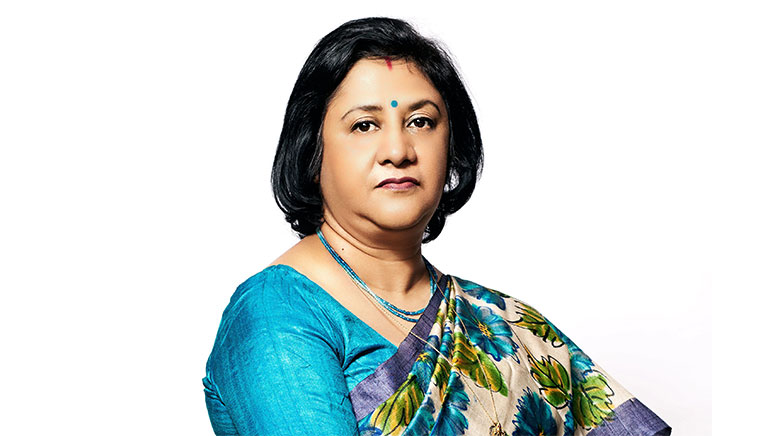 Born to a Bengali family in the city of Kolkata, she had spend most of her childhood in Bhilai as her father, Prodyut Kumar Mukherjee worked at Bhilai Steel Plant. Her mother Kalyani Mukherjee was a homeopathy consultant in Bokaro.

She was introduced to the banking sector at an early age of 22 years when she joined State Bank of India (SBI) as a probationary officer. After 35 years of banking career with SBI, she replaced Pratip Chaudhuri, who retired on September 30, 2013 and the appointment made Bhattacharya the first woman in India to head a Fortune 500 company.

Contrary to the position she holds in the largest bank of the country, money has never been a great motivator for Mrs. Bhattacharya. She traded the money she could have easily earned in a private bank for the comfort of growing with the State Bank of India.

In her words, when you spend so much time in an organization, you work with the same people in various capacities, and this contributes to a feeling of kinship. Because of the relationship she has shared with the members of the State Bank of India fraternity, she both understands and relates to the feeling of each one of them. Her closeness to the public sector units are a throwback to a childhood in Bhilai.

She doesn’t duck away from her mistakes as she whole-heartedly accepts that the journey with State Bank of India has been enduring with a lot many learning experiences.

A constant quench to learn more has driven Mrs. Bhattacharya to achieve some unrealistic growth in her career. As they say, nothing comes for free, she had wanted to pursue a PhD in Finance from the Indian Institute of Technology-Kharagpur, but when she was told she had to attend classes, she dropped out. It was not a cake walk to hop from one city to another and from one function to another especially for a career woman with a very young child, but she braved all the challenges that came her way in a near four-decade long career. “I have always believed that you should not make yourself indispensable, at work or at home. When you leave, don’t leave a big vacuum behind,” she says.

Wearing a charming smile always, Mrs. Bhattacharya keeps pessimism at bay as she believes that working in different cities like Kolkata, Lucknow, Bangalore, and New York has enabled her to face some synthetic challenges. The lady utterly enjoys the transfers as it keeps boredom away.

She has seen a slew of promotions in the past few years. She became the Deputy Managing Director in November 2010. Two years later, she was posted as MD & CEO of SBI Capital Markets, a subsidiary of the bank. And finally the year 2013 saw her as the CFO and MD of the bank.

It is said that she made the best use of her SBI Capital market stint from November 2012. It was a dual benefiting thing as first it gave her a lot of exposure to look at a project as a whole and second she started qualified institutional placements (QIPs). Though the initial few were a hard nut to crack but later on she sailed well with many big corporate of the nation.

Mrs. Bhattacharya is a lady of utter grace and a strong persona. She has been ever-ready to take up all the challenges that came her way while climbing the success ladder high.