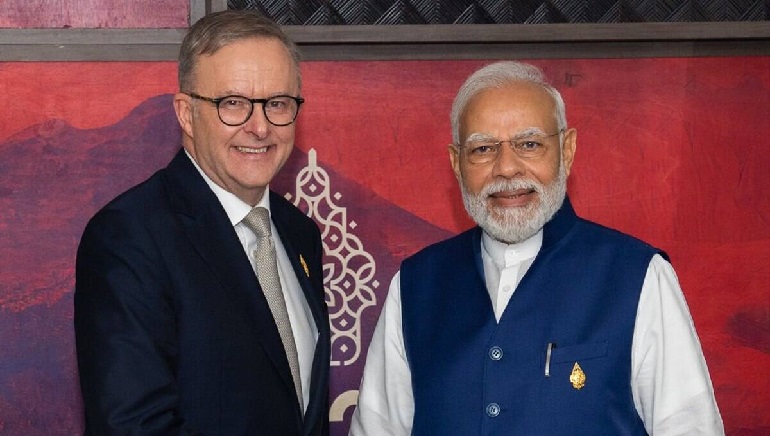 India and Australia would now implement the FTA on a mutually agreed date. The agreement was signed between the two countries in April this year.

Once implemented, the FTA will provide duty-free access to the Australian market for over 6,000 broad sectors of India, such as textiles, leather, furniture, jewellery and machinery. Under the pact, Australia is offering zero-duty access to India for about 96.4% of exports (by value). This covers several products that at present attract 4-5% customs duty in Australia.

Australia’s Minister for Trade and Tourism Don Farrell said that the FTA will help businesses to grow, offer more employment opportunities, and give Australian consumers more choice. He added that Australia will work closely with the Indian government to implement the agreement “as soon as possible”.

India’s goods exports to Australia stood at $8.3 billion and imports from the country aggregated to $16.75 billion in 2021-22. The FTA would help in taking the bilateral trade from $27.5 billion currently to $45-50 billion in the next five years.