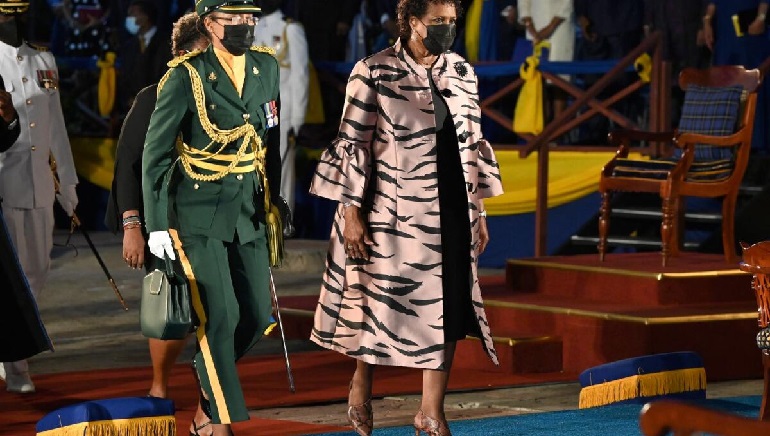 Barbados forged a new republic on Tuesday after ditching Britain’s Queen Elizabeth as head of state and appointing it’s first-ever president to leave their colonial past behind. Sandra Mason was sworn in as Barbados’s first president in the shadow of the Barbados’s parliament. The last country to ditch the Queen was the Indian Ocean island of Mauritius in 1992.

To make sure that the relation between the UK and the island continues to remain friendly despite Queen Elizabeth’s exit, Prince Charles is expected to deliver a speech. He was in attendance when Barbados bid farewell to the Queen. A 21 gun salute fired and the national anthem of Barbados was played at the Heroes Square when the constitutional change was made.

Singer Rihanna was also in attendance, and was declared a national hero by Prime Minister Mia Mottley, the leader of Barbados’ republican movement for her work in the field of music.

Prior to being elected as the President, Mason was the governor-general of Barbados, a position she served in for almost three years.

Barbados is now the fourth former British colony in the Caribbean to become a republic after Guyana, Trinidad and Tobago and Dominica.