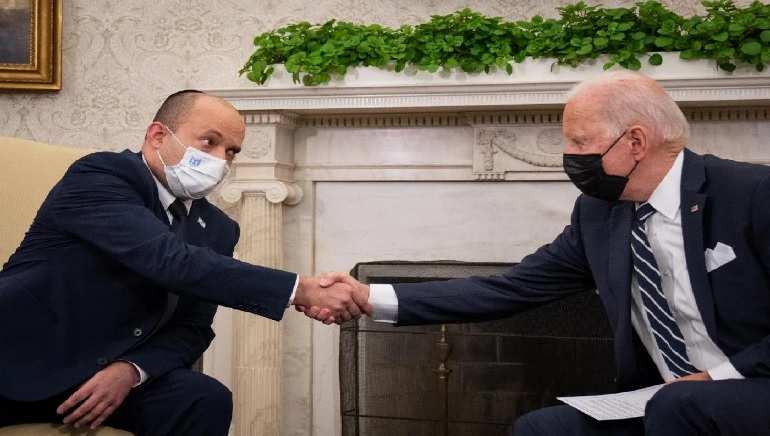 On Sunday, US President Joe Biden’s government confirmed accepting Isararli’s Prime Minister Naftali Bennett’s Invitation to visit Israel in the coming months. The statement was confirmed by Bennett’s government as well. However, the date for the expected trip was not mentioned.

The statement comes after the two leaders spoke on Sunday where they discussed Iranian issues and the removal of IRCC (Islamic Revolutionary Guard Corps) from the US Foreign Terror Organization (FTO).

Bennett said, “I am sure that President Biden, who is a true friend of Israel and cares about its security, will not allow the IRGC to be removed from the list of the terrorist organizations. Israel has clarified its position on the issue: The IRGC is the largest terrorist organization in the world”.

Biden was also updated on the efforts to stop the violence and incitement in Jerusalem. Over 300 Palestinians have been arrested and more than 200 have been injured since Israeli forces launched incursions at the Al-Aqsa Mosque compound in occupied East Jerusalem on April 15.

According to Israeli authorities, they entered the compound to facilitate incursions by far-right Jews to the holy site- 14-hectare houses of the al-Qibli Mosque and the Dome of the Rock.