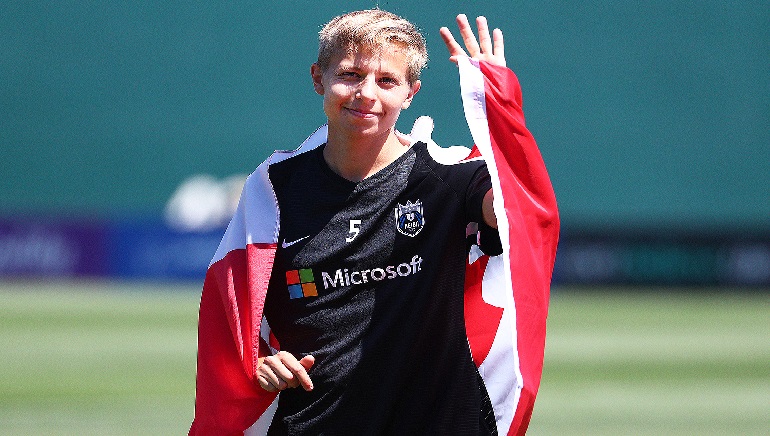 Canadian soccer star Quinn becomes the first transgender who won the Olympic medal in Tokyo. He was one of the three openly transgender and/or nonbinary athletes to compete in the Tokyo Games along with New Zealand weightlifter Laurel Hubbard and skateboarder Alana Smith from America.

Quinn and the Canadian team will play for the gold round against Sweden after beating the United States. This win assured a silver for them. Quinn played at Duke and for OL Reign and Washington Spirit earlier. He feels extremely happy that he is being recognized and can inspire people from his community to come out openly for sports. He often gets messages stating that they have never seen a trans person in sports before.

The Tokyo Games are the first to have the Pride House which has a more inclusive environment for Quinn and others. Tokyo’s Pride House has been officially recognized by the International Olympic Committee. They have at least 163 LGBTQ athletes participating by outsport’s count. This number is three times more than the Rio Games. Since 2004, transgender athletes are allowed to participate in the Olympics Games. The participants numbers are gradually increasing.