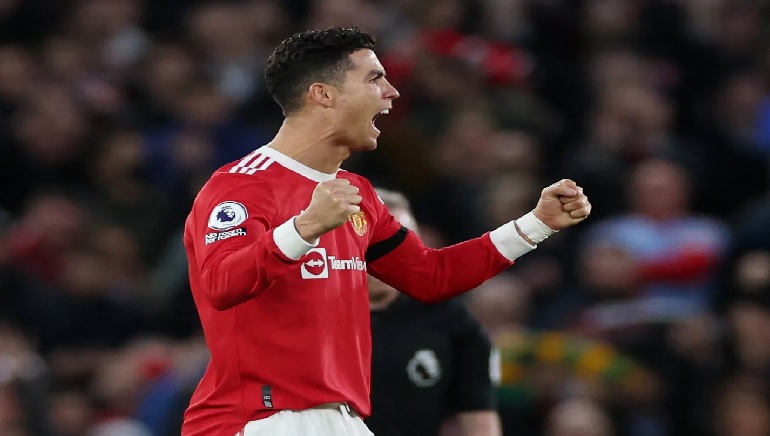 At Old Trafford, Ronaldo’s 12th-minute opener was a superb strike from a distance that helped him equal the record. He wrote on Instagram, “Tremendously happy with my first hat-trick since I came back to Old Trafford! Nothing beats the feeling of being back on the pitcher and helping the team with goals and efforts.”

Winning with 3-2, this was the 59th treble of Ronaldo’s career and first for the Old Trafford side since 2008 post his return.

Ronaldo has scored goals for Sporting, United, Real Madrid, Juventus, and the Portugal national team. However, there is no official record of the top goal scorer in football, but the world governing body estimates that Austro-Czech Josef Bican scored 805 goals during his career from 1931 to 1955.

There have been more than 1,000 goals scored by Brazilian strikers Pele and Romario each during their careers, but those figures include- goals scored in amateur, unofficial, and friendly matches.