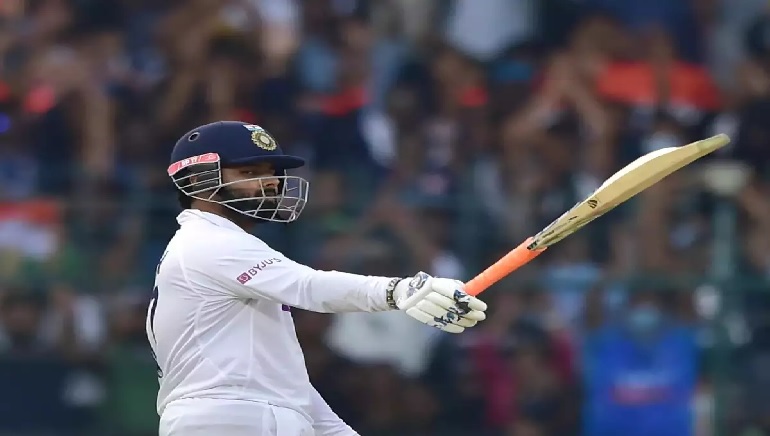 Rishab Panth broke Kapil Dev’s record and registers himself in the fastest Test fifty by an Indian. Pant lit up the M Chinnaswamy Stadium in Bengaluru on Day 2 by smashing a blistering half-century off just 28 deliveries.

The 24-year-old broke the record created in 1982 against Pakistan in Karachi by the legendary World Cup-winning captain.

During his 28 ball delivery, he smashed seven fours and two humungous sixes. The flamboyant wicketkeeper-batter took Sri Lankan bowlers to the cleaner by creating a breathtaking record but got out right after reaching his 50. From the word go, the left-hander cruised 5- in the 42nd over of India’s second inning and entertained one and all with his sensational batting.

BCCI posted on its Twitter handle, “Rishanb Panth surpasses Kapil Dev to score the fastest 50 by an Indian in Test cricket. Take a bow, Rishabh”.

The third in the list of fastest fifty by an Indian is Shardul Thakur scoring 50 in 31 balls in the Oval Test against England last year. In 2008, the former Indian opener Virendra Sehwag scored 50 in 32 balls against England in Chennai.