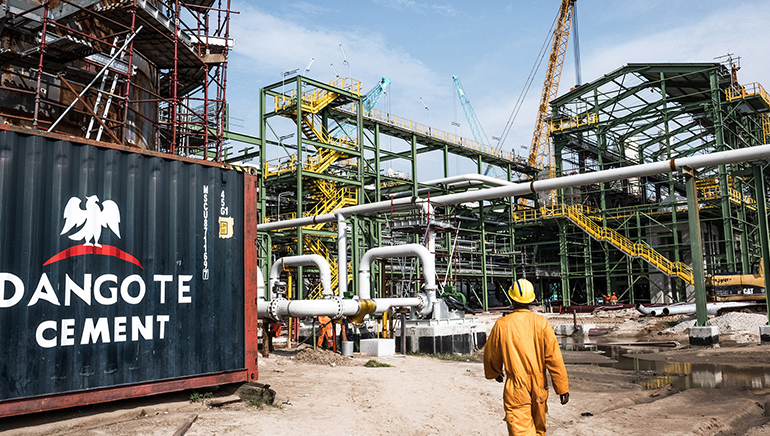 Aliko Dangote started Dangote Cement in 1981 as a trading business that initially only focused on importation of bagged cement and commodities such as rice, sugar, flour & salt. Under Mr. Dangote’s able leadership it grew from a small setup to being the largest cement producer in the subSaharan Africa. Not only that, he made his way into the Forbes World’s Billionaires List. Mr. Dangote, with his hard work & determination became Africa’s richest man & made his company one of the most enviable brands in the entire sub-continent.

During a trip to Brazil to study the emerging manufacturing sector, Mr. Dangote was convinced to make a transition from trading-based business to a fully integrated manufacturing operation. There was a clear gap for a manufacturing entity at the time in the market which he sought to fill. This was the beginning of the ambitious dream to become Africa’s leading cement producer. The Group embarked on an ambitious construction programme, initially focused on the construction of flour mills, a sugar refinery & a pasta factory. In 2000 it acquired the Benue Cement Company Plc from the Nigerian government & in 2003 commissioned the Obajana Cement Plant; the largest cement plant in sub-Saharan Africa.

Dangote Cement is high on values and ethics. The company’s leadership devised 7 sustainability pillars in 2017 that dictate how the company should function to attain the best possible results and so that every segment benefits. These pillars were drafted with a mandate “operationalise sustainability”. It was a vow to imbibe sustainability in every part of the business. The 7 ethos, as they are referred to internally, cut across all aspects of business. Some key values that form majority of these ethos include imbibed at all levels of the firm include – selling high-quality products at affordable prices; strong governance; having cost-effective, modern production; ensuring teamwork, integrity, inclusion & meritocracy within the firm. The final sustainability pillar addresses the environment. It states that the firm shall optimize energy efficiency, water usage & emission control so as to address climate change.

Dangote Cement is also known to be forerunner in philanthropy. Mr. Dangote founded his private charitable foundation in 1994. The Aliko Dangote Foundation (ADF) is dedicated to support health, education, and economic empowerment initiatives. It has grown to be the largest private foundation in sub-Saharan Africa. Dangote’s Foundation also partnered with the Bill & Melinda Gates Foundation in 2013 to eradicate polio & strengthen routine immunizations throughout the country. Recently, in August 2020, the entire African continent celebrated its official certification as free of wild polio. He is a name synonymous with hard work and ethical business standards. It is a company that stands for growth that takes everyone along with it. The leadership has ensured that when the firm progresses, the whole country prospers. With operations in 10 African countries, Dangote Cement has proven its allegiance to local communities. It is truly a name that has built its throne.