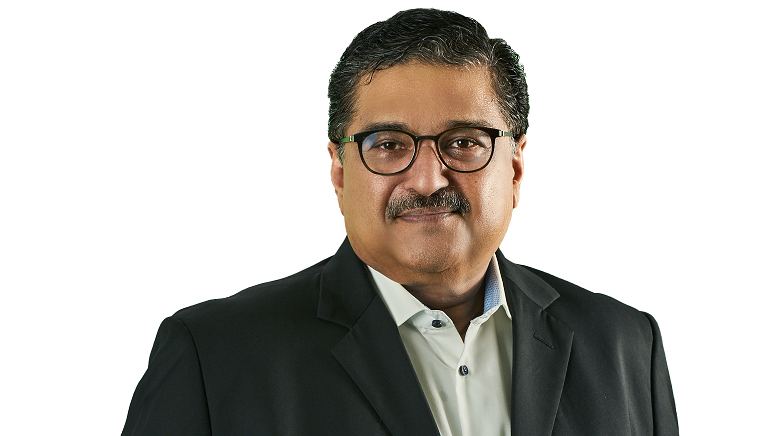 As President Director and CEO of PT Siemens Indonesia, Prakash has guided the company with his sharp business acumen since October 2017. The leader brought Siemens’ cutting-edge technology to Malaysia and Indonesia, capturing landmark nation-building projects across the areas of Electrification, Automation, and Digitalization. His ability to develop and implement successful long-term strategies that outperform company expectations is particularly noteworthy.

Prakash was born and brought up in Kerala. He earned his Bachelor of Technology degree in Electrical Engineering from the University of Kerala, India. A brilliant student, Prakash, graduated from the University in 1985 with first class and distinction.

Prakash embarked on his career in 1986 as an Assistant Project Engineer at Crompton Greaves Ltd., India. In 1990, he joined ABB Industrial and Building Systems Sdn. Bhd. Malaysia as a Project Manager.

In 1996, he joined Siemens Malaysia Sdn. Bhd. His initial role was that of Vice President of Medium Voltage, Energy Management, and Power Automation. He became Senior Vice President of Power Transmission and Distribution in 2004. After serving as Executive Vice President and Head of Siemens ASEAN Energy Cluster from 2008-2011, he was named President and CEO in 2009. Over the past 30 years, Prakash has overseen numerous nation-building projects in the Power, Energy, Infrastructure, and Oil & Gas industries. Siemens appointed Prakash as President Director and CEO of Siemens Indonesia in October 2017.

A LEADER WITH DIVERSE CAPABILITIES

Having extensive experience in multiple areas, including Human Capital Development, Program & Project Management, Strategic Alliances & Partnerships, Business Development, Government & Public Relations, Organizational Restructuring, and Change Management, the well-versed leader brings a wealth of knowledge and expertise to the table. When asked about his career highpoint, the leader says, “The Malaysian energy and infrastructure market proliferated between 2010 and 2015, with numerous significant project opportunities. We developed customer-focused strategies and formed special teams to capture projects. Customers’ needs were my top priority because I understood, business is not just about selling, but it is about what the customer needs.” “Our efforts paid off, and Siemens won multiple projects in Transportation, Power Plants, and Infrastructure, resulting in a significant increase in Siemens market share in Malaysia and a growth in the Germany-Malaysia business relationship. Soon Malaysia became prominent in the Siemens world map, and everyone appreciated the results. I consider this outcome to be one of the pinnacles of my career where Siemens was also honored with the Talent Corporation’s “Life at Work” Award,” adds the enthusiastic leader.

Prakash puts the customer in the front and centre of his business strategy, actions, decisions, and processes. During the lockdown prompted by the pandemic, he facilitated 70 virtual events to keep clients engaged via thought leadership and technology topics.

LEADING WITH HEAD AND HEART

Prakash is a benevolent leader who is passionate about creating a brighter future. Through his tireless efforts, PT Siemens Indonesia has earned a reputation for excellence in its community involvement programs. He asserts, “The integration of corporate social responsibility has always been an indispensable part of our business strategy, and COVID-19 offered a valuable opportunity for us to evolve and contribute to society.” He adds, “I’m deeply touched and amazed at how my team handled this situation.”

Under his leadership, the company swung into action to assist the public response to the pandemic by contributing 7,000 units of personal protective equipment (PPE) and a ventilator machine to 61 hospitals in Indonesia’s top six COVID-19-infected regions. Under the supervision of the National COVID-19 Task Force, these items were delivered directly to the hospitals to assist medical workers and patients in fighting the disease. Additionally, Siemens Indonesia and its employees have donated over 100 million rupiahs to support global efforts against COVID-19. We have also distributed 300 food packages to aid low-income families and orphans.

Additionally, the leader looks to help the next generation, mainly engineering students at universities, through software grants to better prepare them for the competitive and complex power systems and substation automation market. Prakash also led the company to participate in the German Dual Vocational Education & Training (GDVET), certified and quality-controlled by the German-Indonesian Chamber of Commerce and Industry (EKONID). His objective is to help the Indonesian government improve its workforce by promoting skill-based learning and industry-readiness among the youth in the digitalization era.

Prakash has received numerous accolades throughout his distinguished career spanning over three decades. The Malaysian Institute of Management inducted him as an Emeritus Fellow in 2018 during its Court of Emeritus Fellows. In 2017, he was conferred with “Panglima Setia Diraja,” which carries the honorary title “Datuk” by the King of Malaysia. In 2014, he received the Transformational Corporate Leader BrandLaureateICON Leadership Award.

Following the outbreak of COVID-19 in Indonesia in March 2020, Prakash took several initiatives that are still ongoing. A wide range of measures was taken, including implementing strict health protocols at work in conformance with central and regional government regulations. Prakash’s selfless service helped Siemens receive recognition from the Jakarta city administration for implementing exemplary COVID-19 protocols in the workplace.

Prakash is a successful leader, a gourmand, and a music fanatic, all bundled into one. He enjoys film music and pursues vocal music as a serious study during his leisure time. Another fascinating thing about Prakash is his signature trait of sharing nuggets of wisdom by digging into his seemingly endless collection of anecdotes.