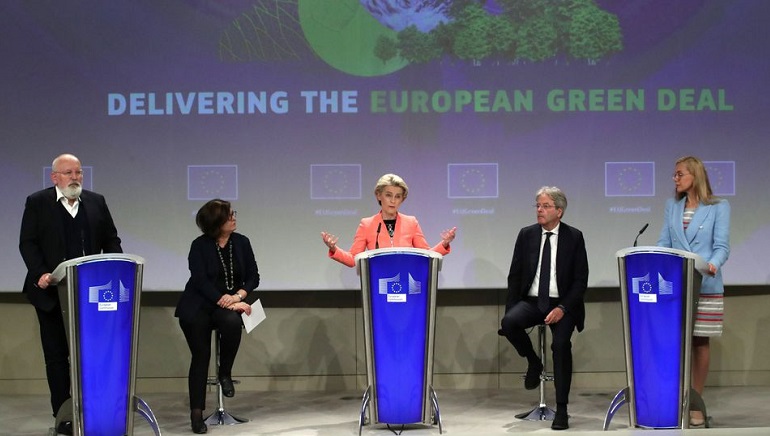 The European Union is all set in becoming carbon neutral by unveiling its most ambitious plan towards climate change. By this decade the EU aims to tackle climate change by turning green goals into concrete action.

The EU’s executive body sets out a sedulous study on how the bloc’s 27 member states can meet their collective goal and reduce greenhouse gas emission by 55%. This plan is yet to be approved.

European Commission President Ursula Von Der Leyen said: “By acting now we can do things another way and choose a better, healthier, and more prosperous way for the future.”

The master plan to slash the emission within a decade includes taxing on jet fuel and slowly banning the sale of petrol and diesel-powered cars in the coming decade, as per the sources of Asia One News. A carbon border tariff to be included which will require manufacturers from outside the EU to pay more on imports on products like steel and concrete. It even plans to expand more renewable energy around the bloc and to quickly renovate the buildings which are rated low on energy efficiency. They have committed to achieving net-zero carbon emission by 2050. Scientists believe this figure is very important to avoid catastrophic climate change. From 1990 to 2019 there is a visible decrease of 24% and plans to slash CO2 by another 31% in the next 9 years.