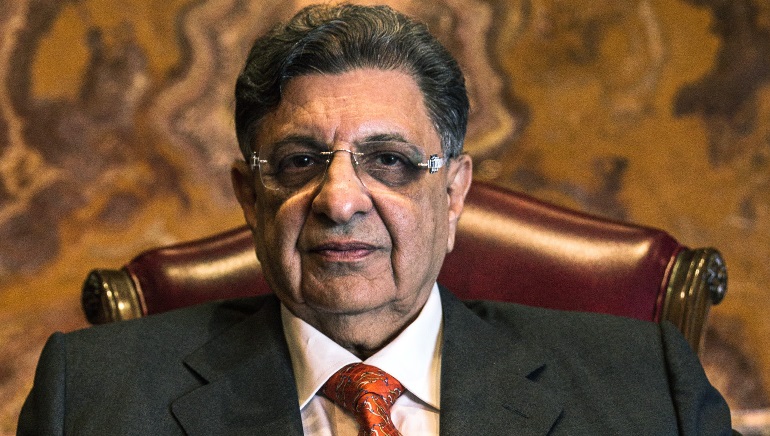 Dr. Cyrus S. Poonawalla is a name that created a revolution in the field of medicine by manufacturing vaccines at affordable prices at a time when India had to depend on foreign countries to protect its children from various life-threatening diseases such as Measles, Diphtheria, Whooping Cough, etc. Currently, he is the chairman of Poonawalla group which operates in a wide array of activities ranging from Horse Racing and Breeding, Biotech, Engineering and Hotels with the emphasis on the quality, innovation, dedication and customer support. The leading Indian biotech company, Serum Institute of India also comes under his business empire that manufactures pediatric vaccines.

A chance meeting with a vet had piqued his interest in the vaccine business. He figured that he could produce cheaper vaccines and can meet the demand for vaccines in the country. Thus, with a fund of just Rs 5 lakh, he along with his brother Zavaray laid the foundation of the Serum Institute of India (SII) in 1966, which started producing antitetanus vaccines within two years. Gradually, the institute produced a number of vaccines such as DTP vaccine, Measles Vaccine M-Vac, an anti-snake-venom serum, etc, and became India’s largest manufacturer of vaccines in just one year. By 1998, their vaccines were being exported across the world and almost every second child in the world was vaccinated by a vaccine of Serum Institute of India.

A quote by John Gardner can certainly articulate the idea behind the principles of Dr. Poonawalla, “Wealth is not new. Neither is charity. But the idea of using private wealth imaginatively, constructively, and systematically to attack the fundamental problems of mankind is new.”

Dr. Poonawalla takes immense pride in his philanthropic policies. He is very passionate about making the cheapest vaccines for the down-trodden people of the world. He has a strong philosophy: “No Compromise with Quality” and strives to attain the motto “Health for All with affordable Vaccines”. He also believes that getting money is not all a man’s business. To cultivate kindness is a valuable part of the business of life. He has followed this philosophy since beginning. He has worked with the United Nations. He exports his products to 100 different countries. Today, 80% of Serum’s sales are to UNICEF and the Pan-American Health Organization as well as immunization programs, e.g. groups of charity for children’s welfare in India, Germany and Africa, the majority of which are from developing markets.

This list of Dr. Poonawalla’s humanitarian work towards his society is unending. He not only made his immense contribution through his institute but also advanced to help the country in the sector of education and infrastructure. He opened schools, gave funds for the construction of roads, highways, parks and rehabilitation centre for leprosy and handicapped people. He is also an Executive Council Member of Poona District Leprosy Committee which is a charitable trust. He provided donations to organizations working towards a better future of the people as well. To improve the lives of people of Pune, he also participated in Confederation of Indian Industries’ Program of “Zero Load Shedding” by Captive Power Generation by Private Companies. In addition, Dr. Poonawalla also organizes free rubella immunization camps for the girls of slum areas in collaboration with Rotary International.

Dr. Poonawalla hails from a traditional Parsi family of Maharashtra. He married Mrs. Villoo Poonawalla in 1966. It was just a day after his marriage that the foundation stone of Serum Institute of India was laid. He remembers her as the major support system he had in establishing this empire. She was a gutsy woman and had a very positive aura. She encouraged him even when things weren’t looking up. When he was disturbed by the lack of support from Indian government, it was she who made him entrust his belief in his vision. She left his side and went to her heavenly abode in June 2001 and he misses her a lot.

Bill Gates had been a true idol and source of inspiration for Poonawalla. Terming Gates a genuine philanthropist, Poonawalla says, “He is the only person I have known who is retired and is spending his full time for the cause of saving children and improving their general well-being. This is very rare. Actually this is the job of the health ministries of the 140 countries. But it is because of his initiative that the entire global fund has now swelled to help eradicate all these diseases including polio, measles and so many others.”

It was an ecstatic moment for Dr. Cyrus S. Poonawalla when Bill Gates visited the Serum Institute in 2012. Bill Gates called him a “Vaccine Hero”, a comment we all will agree that Poonawalla indeed is.

Dr. Poonawalla has been honored with illustrious awards including the national award Padma Shree by the India Government in 2005 for his contribution in the field of pharmacy. Other esteemed awards that illuminate his name are CHEMTECH “Lifetime Achievement Award”, Punyabhushan Award, and The Asian Award for the “Business Leader of the Year” among others.

He was also honored with the “Best Vaccine Executive of the Year award” in 2011 at World Vaccine Congress, Asia. For his exceptional philanthropic work he received “Sabin Corporate Philanthropy Award” from the hands of Dr. Seth Berkley, President and CEO, International AIDS Vaccine Initiative (Associate Bill Gates Foundation) at the University Club in New York, USA, on 29th June 2005.