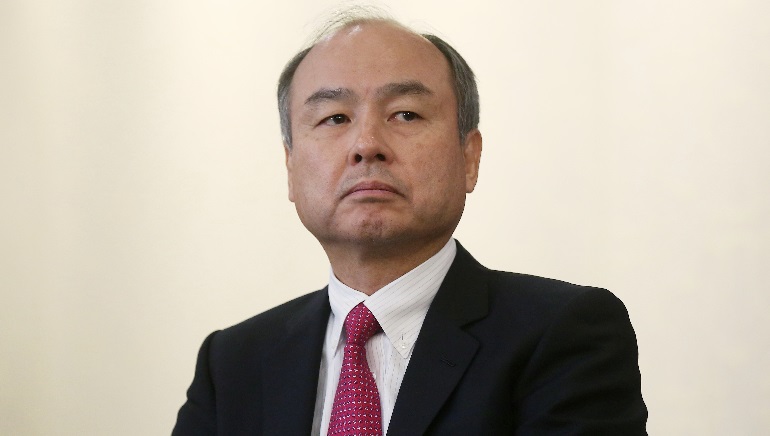 One of the technology industry’s most influential investors, Mr. Masayoshi Son is known for his enthusiastic nature, a hawk’s eye over investment opportunities, preferably in startups, and his long-term vision for his brand as well as the world of digital dominance.

This indomitable spirit to achieve something big and lead the industry was developed in Mr. Son by his father who told him at a very young age that he is a genius and will one day be a big shot, number 1 in Japan. These words filled the young man with hope and will to make it happen despite all odds. Today, not just in Japan, he is one of the most successful and richest people in the world. His venture, SoftBank has investments in some of the leading global properties like Yahoo, Alibaba, Paytm, Uber, Flipkart, among many others.

He is known amongst the business circuit for his deep interest in new trends and taking quick steps to achieve greatness.

Mr. Masayoshi Son was born on the Kyushu island of Japan where he spent his early years and completed primary education. He moved to California at the age of 16 and finished high school in three weeks.

Further, he spent two years at Holy Names University in Oakland, and then transferred to the University of California where he majored in economics and studied computer science.

By the age of 19, when the world was still in the initial phases of technological developments, Mr. Son knew that computer technology would ignite the next commercial revolution.

His entrepreneurial skills also developed as a student at the university where he worked on his first business venture with some professors by making an electronic translator, which he later sold to Sharp Corporation for $1.7 million.

His next business was importing used video game machines from Japan, on credit, and installing them in dormitories and restaurants.

Son was keen on having a career as an entrepreneur and was so impressed by a book written by the CEO of McDonald’s Japan, Mr. Den Fujita, that he flew to Tokyo unannounced to meet him. He went there with a 50-year entrepreneurship plan, which impressed the latter so much that he shared some tips with him and also encouraged him to study English and Computer Science at the university.

Mr. Masayoshi Son set up SoftBank in 1981, at the age of 24. The company started as a software distributor and soon went into the publishing business in May 1982 with the launches of the Oh! PC and Oh! MZ magazines, about NEC and Sharp computers respectively.

However, Mr. Son’s keen inclination towards technology made his foray into the internet services in the early 90s. Between 1987 and 2001, Son made investments that would launch SoftBank to notoriety — including Yahoo Japan, Ziff Davis, and perhaps most importantly, a then-unknown internet company called Alibaba.

Mr. Son soon became a major player in the Japanese telecoms as well. The company added its internet service in 2004 and the mobile business in 2006.

Mr. Masayoshi Son has seldom taken a wrong step in his career. He has invested in some of the best performing brands of today’s times and has also acquired a number of successful businesses.

In 2013, the company bought a controlling stake in French company Aldebaran Robotics, which was rebranded SoftBank Robotics. In 2014, teams from both companies co-designed Pepper, a humanoid robot. In 2015, SoftBank increased its stake to 95% of Aldebaran Robotics.

On 8 June 2017, Alphabet Inc. announced the sale of Boston Dynamics (robotics companies whose products include BigDog) to SoftBank Group for an undisclosed sum.

In the same year, in response to the Fukushima Daiichi nuclear disaster in 2011, Mr. Son criticized the nuclear industry and engaged in investing in a nationwide solar power network for Japan.

He is now investing in the biggest ever solar project, a 200GW development planned for Saudi Arabia as part of its Vision 2030.

Not just an astute businessman, Mr. Masayoshi Son is a great family man and humanitarian too. Despite his packed schedule, Mr. Son is always available to take care of his wife, whom he had met in his university years and his two beautiful daughters.

Mr. Son is a role model for his kids who respect him for the dedication he shows towards his work and his philanthropic activities, the most famous of them being his pledge to donate 10 billion yen ($120 million) and his remaining salary until retirement to support victims of the 2011 Thoku earthquake and tsunami.

He has a very tight and dependable circle of friends and well-wishers whom he keeps close. It also includes his brother, Mr. Taizo, who is now also reportedly a billionaire in his own right from his own tech companies and investment. But he cites the early days of SoftBank as a life-changing period.

He continues to hustle hard for constantly growing his business despite the many ups and downs he faces on a regular basis, inspiring everyone.