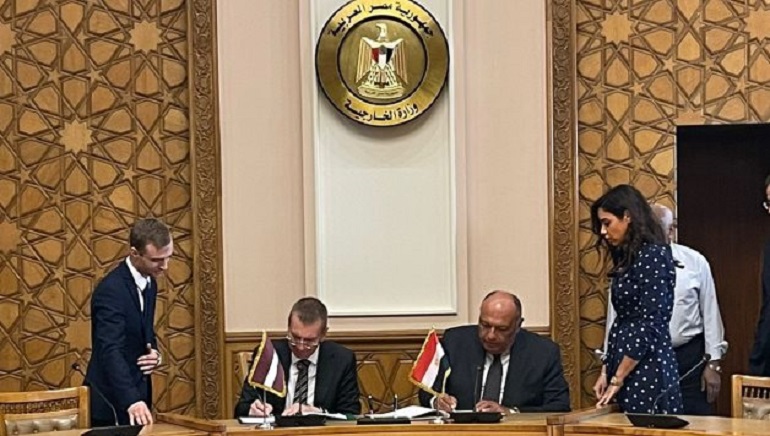 At a bilateral meeting on Thursday, Egyptian Foreign Minister Sameh Shoukry and his Latvian counterpart, Edgar Rinkevich, discussed energy cooperation in a bilateral meeting in Cairo. The two further discussed a broad array of issues related to EU-Egypt relations and security policy and migration matters in the Mediterranean.

The top agenda of the meeting included a discussion on stronger cooperation for food security arising due to the Ukraine conflict. It focused on the key role of Egypt in becoming a new energy supplier to the Baltic state.

Rinkevich said, “I would stress that we see a new and very important sector that’s energy cooperation, especially taking into account that now the EU is diversifying its oil and gas supplies from Russia and seeking new alternative ways, and I think that this is where Egypt can and will play a very important role.”

During their discussions, the ministers also discussed developments on the continent, including Ethiopia and Libya. Two rival administrations are currently claiming legitimacy for the Libyan elections in Cairo, which are being mediated by the United Nations. Edgar Rinkevich’s visit coincided with the 30th anniversary of diplomatic relations between Latvia and Egypt.