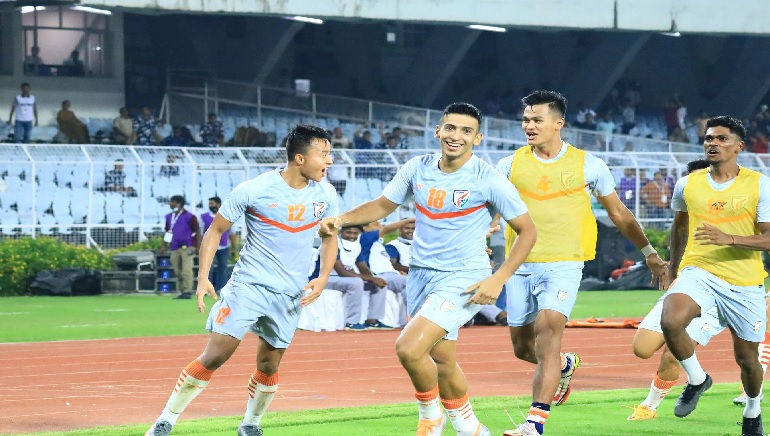 On Tuesday, the Indian men’s football team qualified for the Asian Cup Finals after the Philippines was defeated by Palestine in a group B match in Ulaanbaatar. As a result, the Palestinians qualified directly for the 24-team finals by winning their group, while the Philippines, who finished second, were eliminated despite finishing second. Six groups of four teams each were formed from the 24 teams in the third qualification round.

With six points, India (two behind Hong Kong on goal difference) has qualified ahead of their final group D match. India has qualified for the Asian Cup in two consecutive tournaments for the very first time after exiting the group stage in the 2019 tournament.

In other words, even if India loses to Hong Kong, they will still have more points than the runners-up in Group B, the Philippines, and thus qualify for the Asian Cup as one of the top five runners-up.