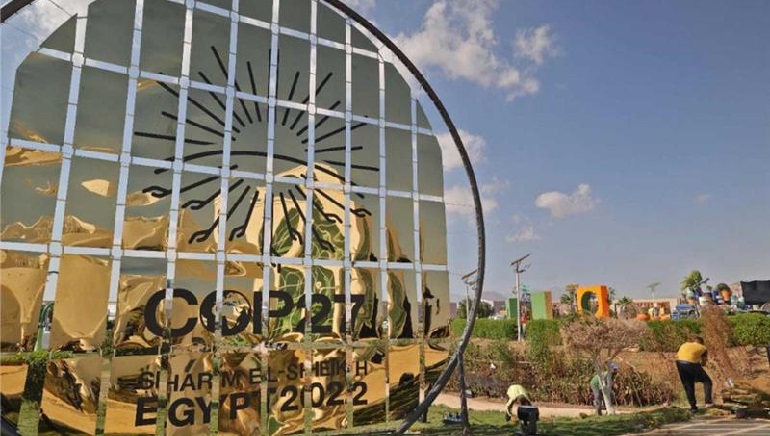 Egypt has signed partnerships for its Nexus of Water-Food-Energy (NWFE) programme to support the implementation of climate projects with investments worth $15 billion, the country said in a statement issued from the presidency of United Nations’ conference on climate change, COP27, currently underway in its seaside resort of Sharm el-Sheikh.

The projects to be funded include one energy project worth $10 billion and eight food security, agriculture, irrigation, and water projects.

Environment Minister Yasmine Fouad on Wednesday said that funding is a major challenge, but access must be given to African nations to “bridge the gaps between the needs and climate funding.” Speaking at an event to facilitate access to climate funding at the United Nations conference on climate change, the Egyptian minister said that Africa needs up to $41.6 trillion to address the devastating impacts of climate change by the end of the decade.

Finance was in the spotlight at the COP27 climate talks on Wednesday, with UN experts publishing a list of projects worth $120 billion that investors could support to help poorer countries cut emissions and adapt to the impacts of global warming. In other deals signed, France and Germany signed loan agreements to extend 300 million euros ($300.69 million) in concessional financing to South Africa to support its shift away from coal-fired power.