Malabar Exercise Between India, Japan, US and Australia Navies Starts 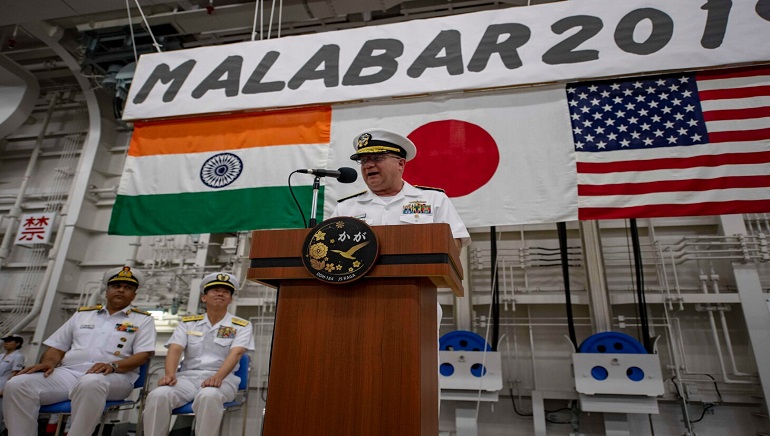 Malabar Exercise Between India, Japan, US and Australia Navies Starts

The multilateral naval exercise, Malabar 2022, between India, Japan, the United States and Australia began on Wednesday at Yokosuka in Japan.

Indian naval ships Shivalik and Kamorta arrived in Japan on November 2 to participate in exercise Malabar 2022 and International Fleet Review (IFR) conducted by the JMSDF at Yokosuka on Nov 6 to commemorate the 70th Anniversary of its formation. Chief of the Naval Staff (CNS) Admiral R Hari Kumar is on an official visit to Japan where he witnessed the IFR.