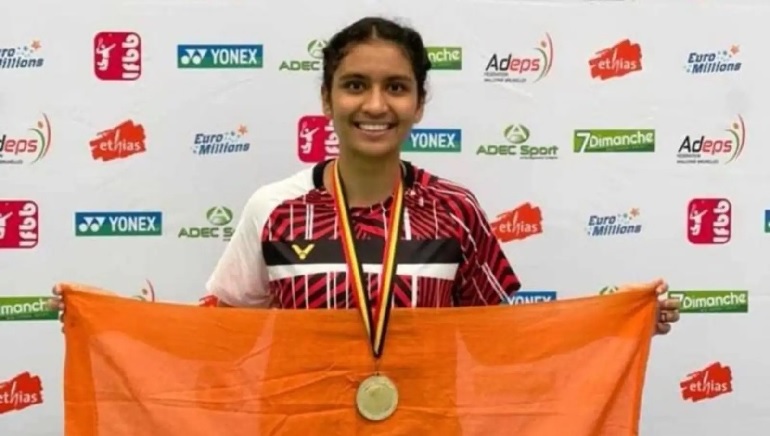 On Wednesday, the young shuttler from Gujrat, Tasnim Mir becomes the first Indian to grab the world’s number 1 position in the under-19 girls singles in the latest BWF junior rankings.

The 16-year-old has secured titles in three junior international tournaments to jump three places and was rewarded for last year’s stellar run. She grabbed the top position in the junior world ranking.

Tasnim said, “I can’t say that I expected this. I thought I will not be able to become number 1 as tournaments were getting affected by COVID-19 but I won three events in Bulgaria, France, and Belgium. So, I am really excited and happy that finally, I could become world No 1. It is a great moment for me.

She further added that she will completely focus on her senior circuit from now on and is looking forward to her tournament in Iran and Uganda next month. She plans to be in the top 200 by the end of the year with her good performance.

Tasnim is currently ranked a lowly 602 in the women’s singles supported by OGQ. It has never been accomplished by any Indian woman, including two-time Olympic medalist P V Sindhu and silver medalist Saina Nehwal.