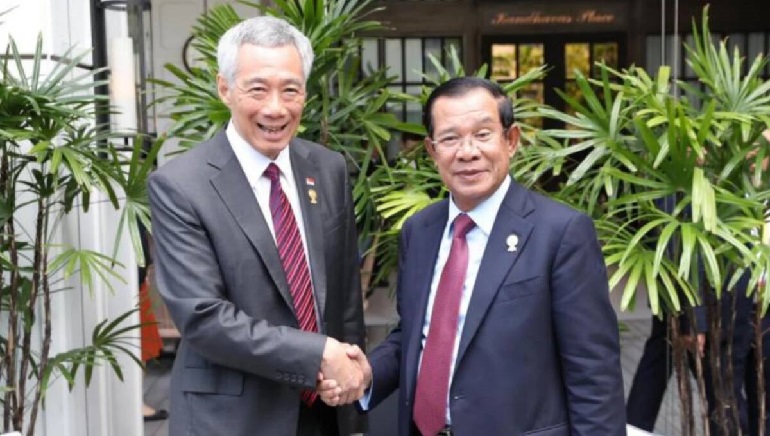 Singapore’s Prime Minister Lee Hsien has emphasized the need for the ASEAN chairman to engage with all parties to the Myanmar crisis.

During the meeting, Mr. Lee reaffirmed Singapore’s support for Cambodia’s Asean chairmanship and thanked Mr. Hun Sen for the briefing on his recent trip, noting that “no significant progress” had been made in implementing the ASEAN roadmap on Myanmar adopted in April.

Mr. Lee said, “Until there was significant progress, ASEAN should stick to the decision by its leaders in October last year to only invite a “non-political representative”. In a Ministry of Foreign Affairs (MFA) statement released on Saturday, he added that any discussion to revise the ASEAN leader’s decision should be based on new facts.

“Five-Point Consensus”, Asean’s roadmap for Myanmar, calls for the cessation of violence, humanitarian assistance, and the facilitation of constructive dialogue among all parties concerned, which an ASEAN special envoy would help facilitate.