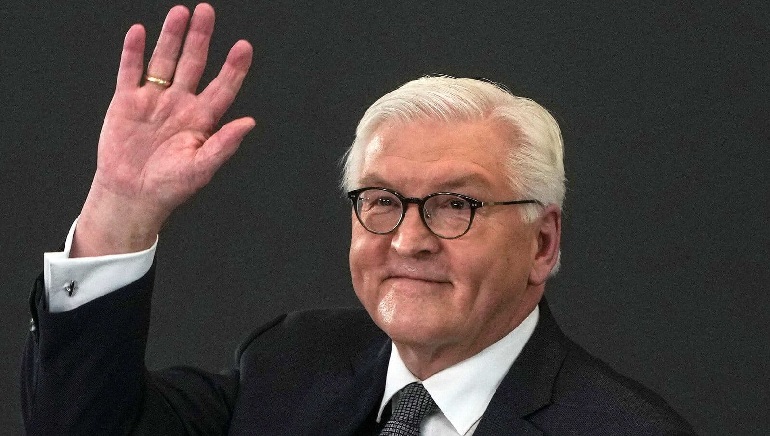 On Sunday, the German President Frank-Walter Steinmeier was re-elected as the president for the second term of five years by a special parliamentary assembly.

Ahead of the election, Steinmeier was endorsed by very influential political parties for the largely ceremonial head of state. With a big majority by a special assembly made up of parliament members of the lower house and 16 German states representatives, the president was elected.

66-year-old Steinmeier has served two stints as Chancellor Angela Merkel’s foreign minister before becoming the president in 2017 and was chief of staff to Chancellor Gerhard Schroeder.

Steinmeier facilitated a coalition government in 2017 instead of waiting for a fresh vote following a messy parliamentary election result. Although Germany’s president has little executive power, he is considered an important moral authority.

He became known as a moral compass during his first presidential term, urging people to get vaccinations against the Coronavirus and speaking out against extremism and violence.

Post-election in a special assembly, Steinmeier said, “My responsibility is for all the people who live in our country. Non-partisan, yes – but I am not neutral when it comes to the cause of democracy. Whoever fights for democracy will have me on his side. Whoever attracts it will have me as an opponent”.