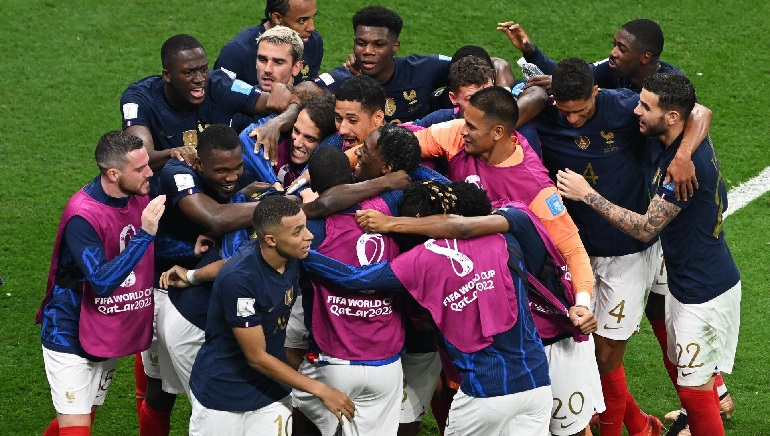 France ended Morocco’s historic run at the FIFA World Cup 2022 on Wednesday, defeating the team by 2-0 in the semi-final. The defending champions will now face heavyweights Argentina in the final on Sunday in Qatar.

Goals from Theo Hernandez in the fifth minute and substitute Randal Kolo Muani in the 79th minute helped French beat Morocco, the first African and Arab country to get this far at the World Cup. The team knocked out three of the of the world’s top 10 ranked teams, Morocco will now face Croatia on Saturday December 17 at Khalifa International Stadium in the World Cup third place play-off on Saturday. Argentina beat Croatia 3-0 in the first semi-final.

The semi-final win on Wednesday has given France the chance to become the first team to retain the title since Brazil 60 years ago. This will be the second final for Argentina and France in recent memory with Argentina losing to Germany in 2014 and France beating Croatia in the final in 2018. Both national teams have won two World Cups. The match will also be France’s chance to become only the third team to repeat as World Cup champions.