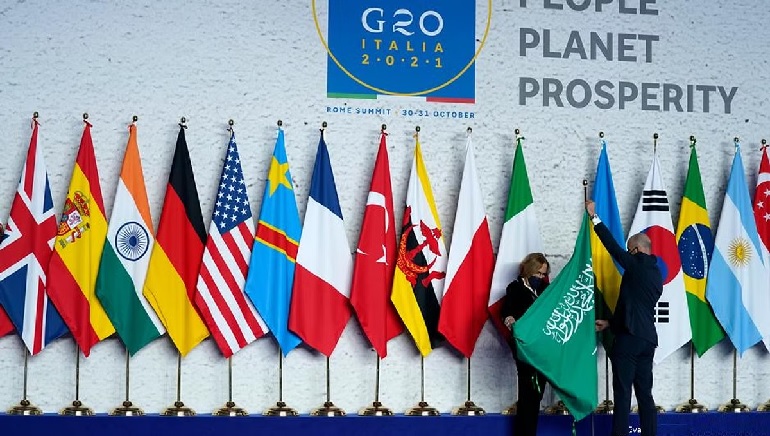 The international community counts a lot on India’s leadership of the G20 (Group of 20) at a time when the world is faced with the continued economic slowdown and social distress, said the chief of the International Monetary Fund (IMF) Kristalina Georgieva.

“India, which is the president of G-20 countries, remains among the countries that perform better than the global average and by a good percentage,” IMF Managing Director Kristalina Georgieva told reporters during a media roundtable on Thursday.

Lauding India for embracing digitization, Georgieva said, “What we see working extremely well for India is how the country has taken digitisation that was accelerated by COVID-19 to be a strong comparative advantage, both for public policy and for private sector growth.”

According to the IMF MD, one of the priorities in the G-20 is how to make digitisation built on a public platform that allows everybody to plug in and significantly reduces costs of digitization, and can be a source of growth and employment. She added that India has implemented some difficult reforms that are now paying off. She also pointed out the difficulties the country faces on the climate front and situations in Asia, primarily Sri Lanka and Pakistan that are volatile. Also, the fact that China has slowed down so dramatically, has had an impact for the whole of Asia, she added.