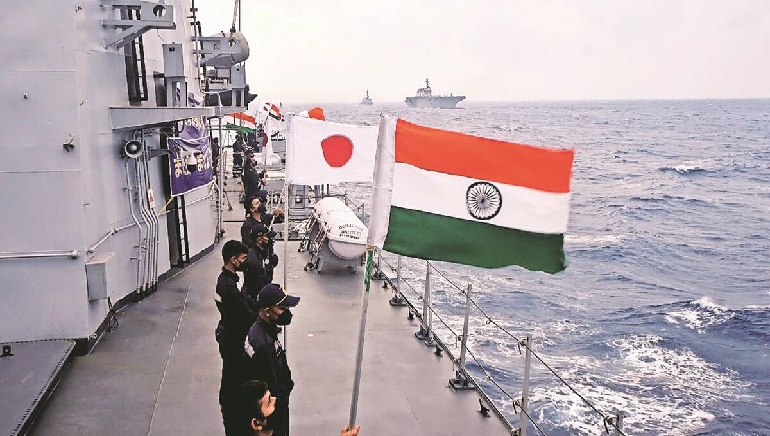 On September 17, 2022, the Indian Navy hosted the sixth edition of the Japan India Maritime Exercise, JIMEX 22 in the Bay of Bengal. India’s Eastern Fleet conducted a week-long exercise under the command of Rear Adm Sanjay Bhalla and Japan’s Escort Flotilla Four under Rear Adm Hirata Toshiyuki.

As a result of JIMEX 22, two navies conducted some of their most complex exercises together. In addition to advanced anti-submarine warfare, air defence exercises were performed by both sides. Also participating in the exercise were shipborne helicopters, fighter aircraft, and submarines. A Reciprocal Provision for Supply and Services (RPSS) agreement between the Indian Navy and JMSDF allowed the ships to replenish each other at sea.

As part of the exercise, which marked the tenth anniversary of JIMEX since its inception in 2012, both navies strengthened their mutual understanding and interoperability. Taking place in the Bay of Bengal, JIMEX 2022 is the sixth edition of the trade show hosted by the Indian Navy. Sahyadri, a stealth frigate, and Kadmatt and Kavaratti, anti-submarine warfare corvettes, were all indigenously designed and built.