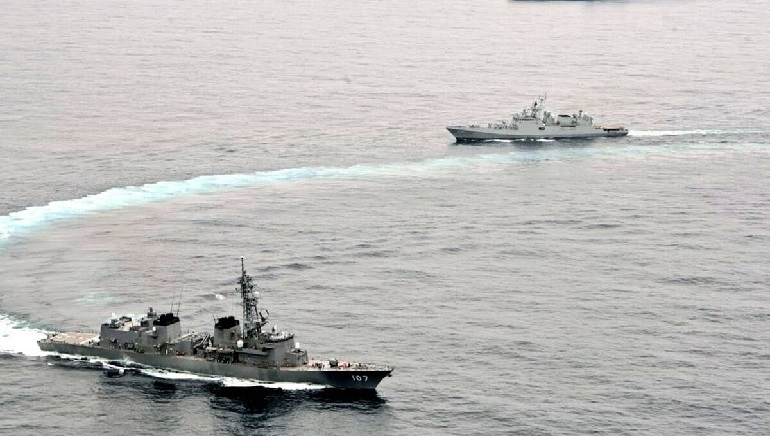 On September 11, the Indian Navy hosted the sixth edition of Japan-India Maritime Exercise 2022 (JIMEX 22). As part of its anti-submarine warfare capability, the Indian Navy is represented by three indigenously designed and built warships: Sahyadri, a multi-purpose stealth frigate, and Kadmatt and Kavaratti, interceptor corvettes.

A sea exercise and a harbour exercise are part of JIMEX 22, which consists of two phases. In Japan, JIMEX started in 2012, and this edition marks its 10th anniversary. Also, India and Japan are celebrating 70 years since diplomatic relations were established.

In this year’s JIMEX 22, the surface, subsurface and air forces of the two countries will conduct complex exercises to consolidate their high degree of interoperability. In addition to enhancing interoperability, the exercises were designed to streamline seamanship and communication procedures.