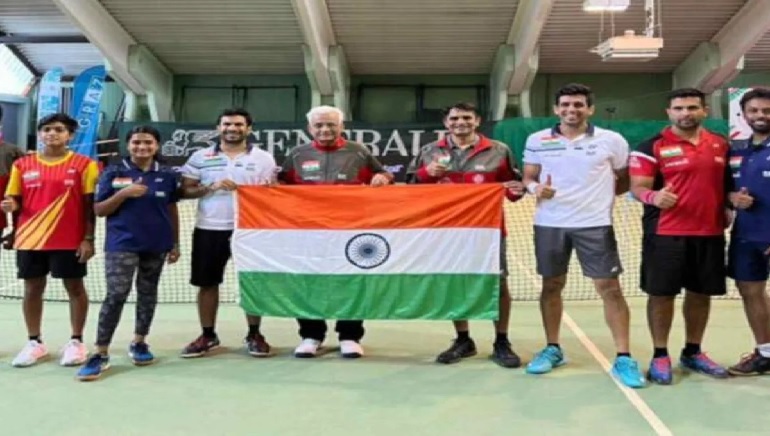 The India racketlon team beat Britain 137-101 to win its first-ever Nations Cup title in Graz, Austria. The tournament was held from August 23 to 29.

Racketlon is a combination sport in which the contestants have to play four racket sports: table tennis, badminton, tennis, and squash.

Captain Ashutosh Pednekar of the Indian Navy played a big role in giving the team its maiden victory over the weekend. The other competitors of the winning squad were Vikramaditya Chaufla, Adarsh Vikram, Sidharth Nandal, Varinder Singh, and Karan Taneja.

Chaufla, who had represented India in the World University Badminton Championships in 2012 bagged a silver in the singles C category. He later partnered with Karan Taneja to win a silver in the men’s doubles as well.