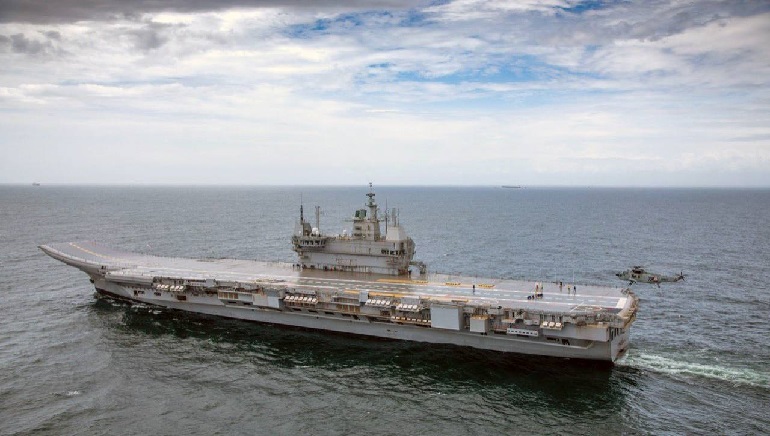 On Friday, Prime Minister Narendra Modi commissioned the first indigenously designed and built aircraft carrier INS Vikrant at Cochin Shipyard Limited in Kochi. Mr. Modi received the Gaurd of Honour on his arrival from the authorizing ceremony of INS Vikrant in Kerela.

On the occasion, he unveiled the new Naval Ensign (Nishaan), eradicating the colonial past. A naval ensign is a flag that indicates nationality on naval ships or formations. Indian Naval Ensigns consist of a red cross on a white background, called St. George’s Cross.

After the country gained freedom, the Indian flag replaced the Union Jack in one corner of the cross. It was the first indigenously designed and built aircraft carrier that was commissioned on September 2, which Modi described as a milestone in India’s effort to become an Aatmanirbhar in the defense sector.

PIB India Tweeted, “Prime Minister @NarendraModi takes part in commissioning ceremony of #INSVikrant in Kochi Kerela. The IAC is named after her illustrious predecessor, India’s first aircraft carrier which had played a vital role in the 1971 war.”