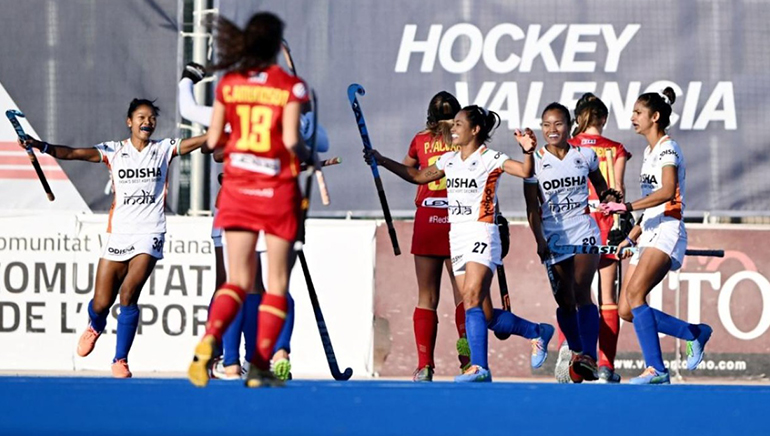 India has won the inaugural FIH Women’s Nations Cup title with a 1-0 win over Spain in the summit clash on December 17, sealing a berth in the FIH 2023-24 Pro League. The FIH Pro League is a key event ahead of next year’s Asian Games and the 2024 Paris Olympics.

In Saturday’s FIH Women’s Nations Cup title match, it was Spain who first earned an early penalty corner but Indian captain and goalkeeper Savita Punia made an excellent save. India, the Commonwealth Games bronze medalists, earned their first penalty corner in the sixth minute and converted it to take the lead. Gurjit Kaur scored the goal in the sixth minute from the penalty corner, ending the eight-nation tournament with five wins. The team coached by former Dutch field hockey player, Janneke Schopman had beaten Ireland 2-1 via shootout in the semifinals earlier.

On account of winning the Nations Cup, the Indian team has been promoted to the 2023-24 FIH Hockey Women’s Pro League, a key event ahead of next year’s Asian Games and 2024 Paris Olympics.