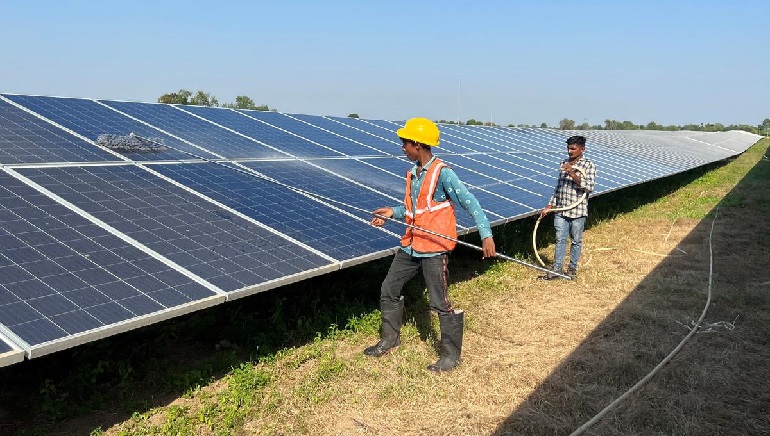 India’s first fully solar village at Modhera is changing the lives of thousands of its poor residents such as potters, tailors, farmers and shoemakers to produce more products at zero energy cost. The ample renewable energy available around the clock has also been helping their children study inside the house.

Located in the Mehsana district of Gujarat, Modhera is a village of around 6,500 residents. The solar power project commissioned in 2021 has around 12 hectares of land covered with solar and rooftop panels on roughly 1,300 homes generating 1kW of energy. This is more than the residents use on a daily basis. The government buys excess energy produced here, helping the villagers buy other meaningful products and services such as stoves and gas connections.

On his visit to Modhera on October 21, UN Secretary-General Antonio Guterres said that the village is setting an example of “reconciliation between humankind and planet.” Calling the village the new “Temple of the Sun” of Modhera, he said that the project was making the village “more healthy, giving them more prosperity, but at the same time contributing to rescue our planet from a climate change that is still rising without control.”

Prime Minister Narendra Modi declared Modhera as the country’s first fully solar-powered village on October 9. The project is a joint effort of the union and state governments and built at a cost of Rs. 80.66 crore.