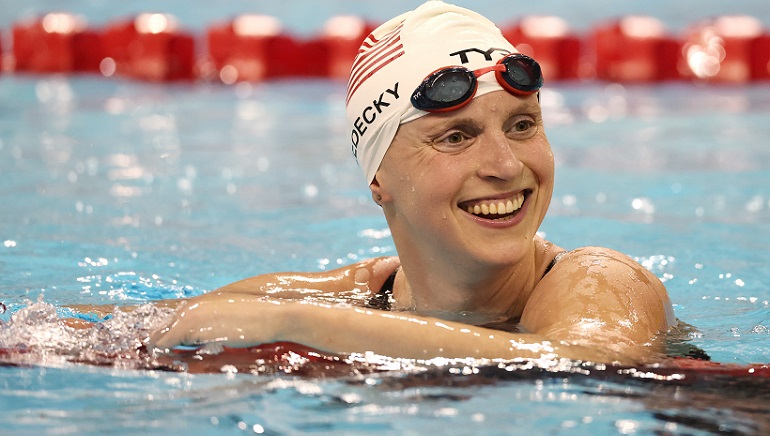 Ten-time Olympic medalist, American swimmer Katie Ledecky set a world record in the 1,500m freestyle in the final of the International Swimming Federation (FINA) Swimming World Cup at the Toronto Pan Am Sports Centre in Canada. Competing in the race in a short-course pool for the first time, she finished the competition in 15:08.24, 10 seconds faster than the previous record made by Germany’s Sarah Wellbrock (15:18.01) in 2019.

During the race, Ledecky also broke the American 800m short-course record with a time of 8:00.58. She has also won silver medals in the 200m and 400m freestyle at the FINA Swimming World Cup so far. The 25-year-old also won the women’s 1500m freestyle race for the fourth time at the World Championships in Budapest earlier this year.

The American competitive swimmer, Ledecky has been remarkable since her debut as a teenager at the London 2012 Olympic Games. Ever since, she has dominated women’s long-distance swimming, making world records consistently. She is also the World record holder over 1,500m and 800m in long course with a 15:20.48 and 8:04.79 set in 2018 and 2016, respectively.