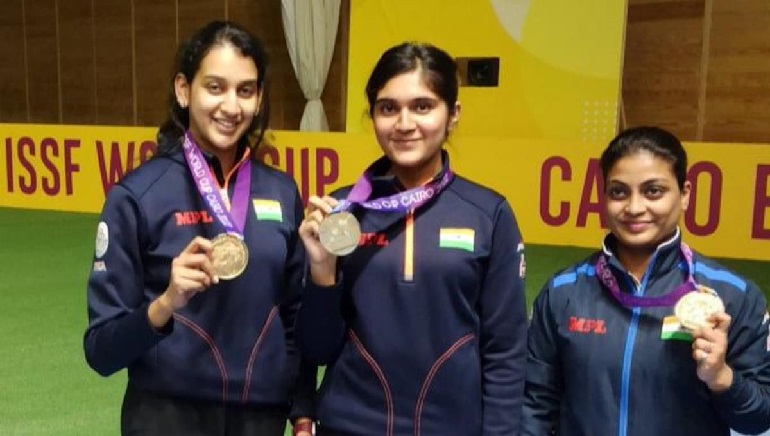 On Wednesday night, to finish on the podium for the country’s third medal, and the second medal, the trio shot 16 in the gold medal contest in the year’s first World Cup. This leads the country with three medals standing- two gold and silver.

In the final round, Esha Singh scored 10.8 to help the nation draw first blood and took the lead with 6-0. After which all three women shot 10 or above in the third series of single shots.

In the fight for the top prize, Germany’s Andrea Katharina Heckner, Sandra Reitz, and Carina Wimmer settled for a silver medal after managing 6 shots. The German trio was behind Indians with a total score of 571.