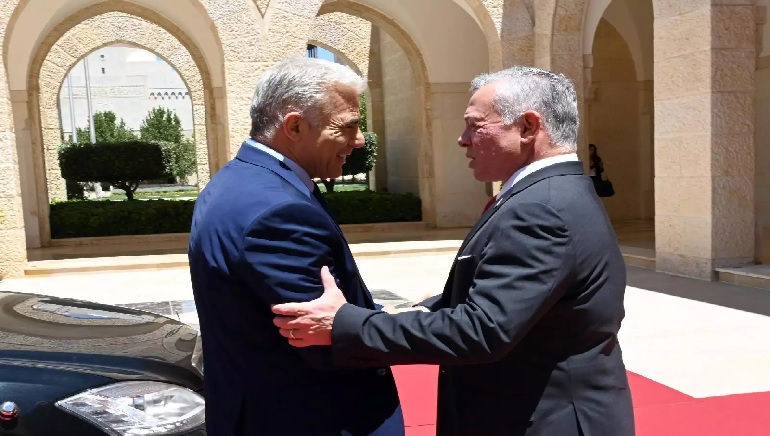 Israel has announced plans to process the construction of an earlier approved multimillion-dollar joint industrial park with Jordan, along the shared border of both countries.

The decision for the project, called the “Jordan Gateway” came during a cabinet meeting of the Israeli government on Sunday.

An Israeli statement stated the idea was first suggested in 1994 when the two countries restored ties but the “final details” were decided during a meeting last week between Jordan’s King Abdullah II and acting Israeli Prime Minister Yair Lapid in Amman.

“Twenty-eight years since the peace agreement with Jordan, we are taking the good neighborly relations between our two countries another step forward,” Lapid said on Sunday. “This is a breakthrough that will contribute greatly to developing and strengthening the region.”

The Jordanian government gave no immediate statement on the project.

Work on the project had already started in the last few years, including the completion of a bridge between both sides of the park to serve as a crossing.

The park is located above the northeastern part of the Israeli-occupied West Bank, close to the Israeli city of Beit She’an.

According to reports by the Israeli government, the project is worth about 200 million Israeli shekels ($59m).