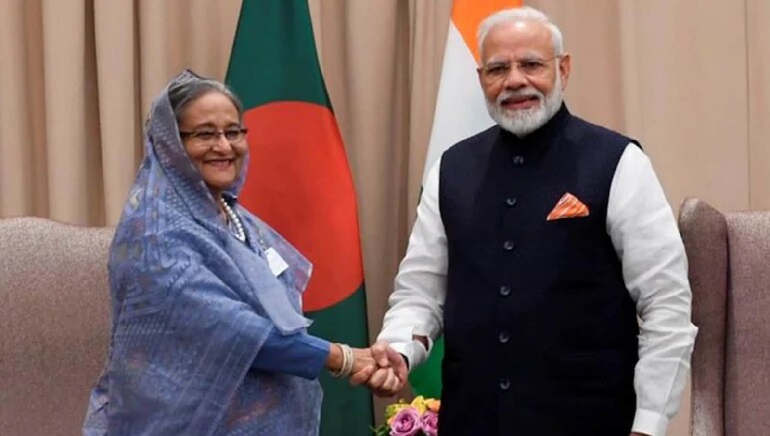 Prime Minister Narendra Modi and his Bangladeshi counterpart Sheikh Hasina are expected to jointly inaugurate the 1320 MegaWatt Maitree Super Thermal Power Station when the latter visits India in the first week of September. The power plant, considered Bangladesh’s largest, is being set up by Bangladesh India Friendship Power Company Limited, an equal joint venture between India’s NTPC and Bangladesh Power Development Board. The project is expected to cost USD 1.5 billion.

PM Hasina’s three-day visit has been touted as important by the Modi government, as Dhaka is one of India’s closest allies. Before the arrival of PM Hasina in Delhi, trial runs between Kolkata-Chattogram-Mongla ports for bilateral trade will start posting a new chapter in the India-Bangladesh ties. The first vessel from Kolkata is expected to reach Mongla, on August 5 on the Pashur River, loaded with16 tons of iron pipes in a container en route to Meghalaya using the Tamabil-Dwaki border points and 8.5 tons of pre-foam in another vessel for Assam using the Birbirbazaar-Srimantpur border points. This trial will create economical and alternative routes for India to reach destinations in the North-East region while carrying export-import containers for Bangladesh.