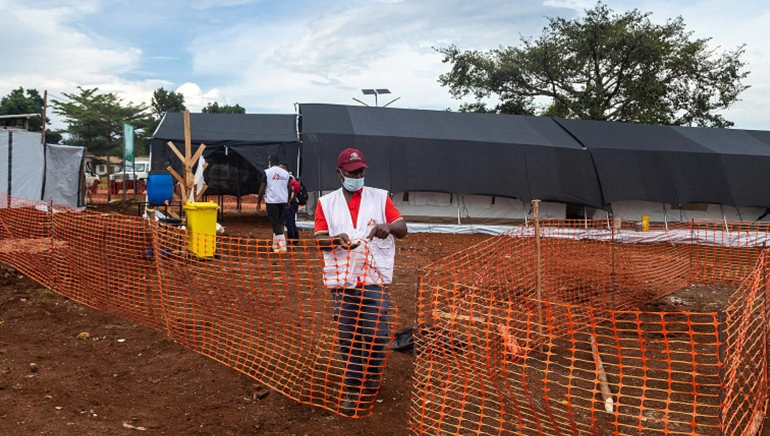 Uganda will host a ministerial meeting next week on the Ebola virus flare-up, which has caused widespread fear and concern in the East Africa region, as reported by The Africa Centers for Disease Control and Prevention.

Acting director Ahmed Ogwell informed journalists on Thursday that the three countries that lived through the disastrous West Africa outbreak of Ebola in 2014-16, Sierra Leone, Guinea, and Liberia, had also been invited to the October 12 meeting.

The current Ebola eruption in central Uganda has a 69 percent case death rate, which according to Ogwell is “very high,” and four health workers are among 10 people confirmed to have died of Ebola. There are 43 confirmed cases. However, no case of Ebola has been reported in the capital, Kampala.

The outbreak has been credited to the Sudan strain of the Ebola virus, which has no tried and tested vaccine.

Ugandan scientists and their fellow workers abroad are looking to utilize one of two possible vaccines against the Sudan strain, the WHO representative to Uganda told reporters on Thursday. But only 100 doses of the vaccine are available from the Sabin Vaccine Insitute, said Yonas Tegegn Woldemariam.

“These manufacturers are looking to produce more,” he said. “We do not have sufficient data to deploy it in a large [population] and the supply is not there. Currently, the scientists are agreeing [on] scientific protocol for the study, and as soon as the protocol is agreed upon… I think the vaccine will be imported into Uganda. Hopefully within less than a week.”