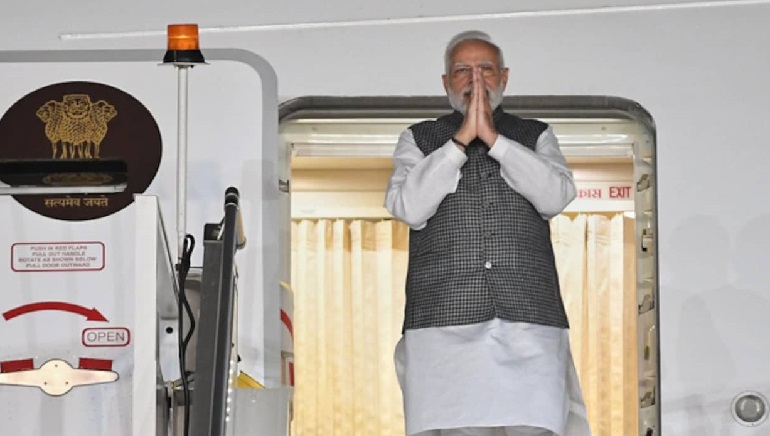 Prime Minister Narendra Modi on Tuesday met the Japanese Prime Minister Fumio Kishida and conveyed his deepest condolences over the unexpected passing away of former Prime Minister Shinzo Abe as he highlighted the late Japanese leader’s role in boosting the bilateral partnership and his vision of a free and inclusive Indo-Pacific region.

“Landed in Tokyo,” Modi tweeted, posting photos of him while getting off the plane. He also shared a similar tweet in Japanese.

PM Modi, along with several world leaders, paid tributes to Abe. Representatives from over 100 countries, including over 20 heads of state and governments, attended Abe’s state funeral on Tuesday.

The former prime minister reconstructed Japan’s foreign policy, including creating a bold vision for a quantum leap in ties with India. “I am feeling very sad about the sudden death of former premier Abe… He took Japan-India relations to a greater level and also expanded it in many areas,” Modi, who was a good friend to the deceased Japanese leader, said.

PM Modi, ahead of the funeral ceremony, discussed with his Japanese counterpart about renewing their commitment to further strengthening the India-Japan Special Strategic and Global Partnership and working together in the region and different international institutions and organizations.