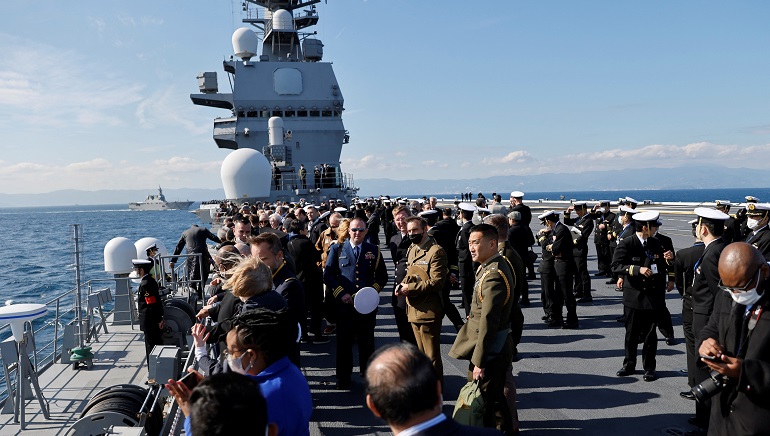 Japan on Friday has announced a $320 billion plan for a military build-up, the biggest since the Second World War. Based on current budgets, this five-year plan will make the Asian country the world’s third-biggest military spender after the United States and China. On December 16, Japanese Prime Minister Kishida Fumio’s cabinet approved three key security documents.

The government said it would also stockpile spare parts and other munitions, expand transport capacity and develop cyber warfare capabilities. In its post-war constitution, Japan gave up the right to wage war and means to do so, like offensive military forces. Article 9 of its constitution says, “the Japanese people forever renounce war as a sovereign right of the nation and the threat or use of force as means of settling international disputes”.

However, after the end of the Cold War, Japan has been steadily amending its security policy to increase its capabilities to defend itself outside its own territories. It has also been preparing itself to be equipped to send its forces overseas when required. Its new strategy documents unveiled last week show that the country believes that its current defence capabilities are insufficient given the rapidly changing global scenario.