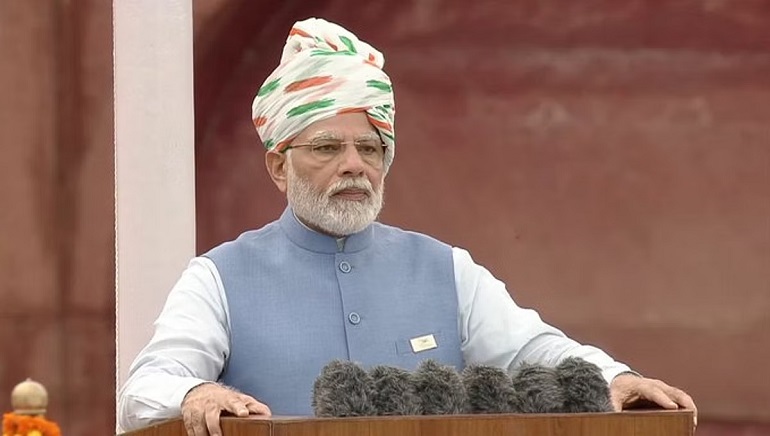 Prime Minister Narendra Modi inaugurated and laid the foundation stone of several development projects worth over Rs. 6,800 crore in Tripura and Meghalaya on Sunday.

The Prime Minister launched projects worth Rs. 4,350 crore in Tripura. The projects include Grih Pravesh programme for beneficiaries under Pradhan Mantri Awas Yojana – Urban and Pradhan Mantri Awas Yojana – Rural. These houses, which have been developed at a cost of more than Rs. 3400 crore, cover over two lakh beneficiaries. He also inaugurated State’s first Dental College in Agartala.

In Meghalaya, the Prime Minister unveiled projects worth over Rs. 2,450 crore. The multiple projects include the inauguration of 320 completed and 890 under-construction 4G mobile towers, the new campus of IIM Shillong, at Umsawli, the Shillong – Diengpasoh Road, which will provide better connectivity to the new Shillong satellite township, and four other roads projects across the three states of Meghalaya, Manipur and Arunachal Pradesh. The Prime Minister also laid the foundation stone of the Integrated Hospitality and Convention Centre at Tura and Shillong Technology Park Phase-II, and inaugurated 21 Hindi libraries in Mizoram, Manipur, Tripura and Assam.

Speaking on the occasion, the Prime Minister said, in the last eight and half years, the Government has brought immense development in the northeast region. There has been a four-fold increase in development expenditure in the north-east from Rs. 2 lakh crore in 2014 to over Rs. 7 lakh crore now.