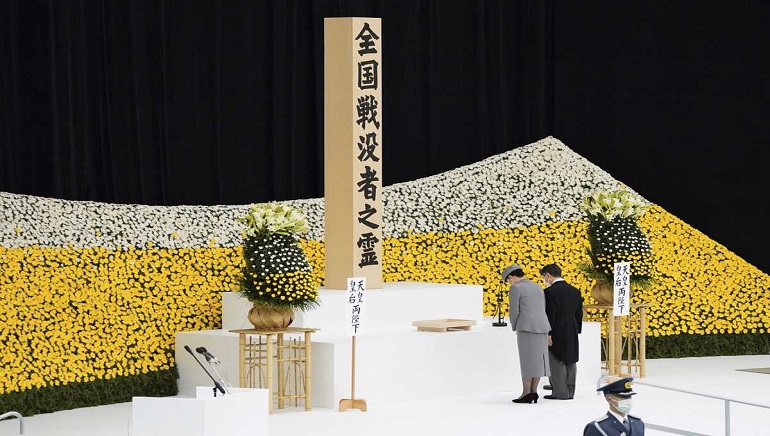 Japan marked the 76th anniversary of its World War II surrender with a somber ceremony in which Prime Minister Yoshihide Suga. He pledged for the tragedy of war to never be repeated. He also avoided apologizing for his country’s aggression.

He said the sacrifice of those who died in the war has built the peace of the country which they enjoy today and the nation will never forget that. In his first speech at the event since becoming prime minister, he said they will commit to their pledge to never repeat the tragedy of the war. He preferred not to offer an apology to the Asian victims of Japanese aggression across the region in the first half of the 20th century. Japan’s previous leader Shinzo Abe was always accused of trying to whitewash Japan’s brutal past. Suga mourned for damage inflicted on Japan and its people along with the U.S. atomic attacks on Hiroshima and Nagasaki and firebombing of Tokyo with other cities and the fierce battle of Okinawa.

Abes’ vision to allow Japan to play a greater military role in international conflicts is also vowed by Suga and will cooperate with the international community in tackling global issues under “proactive pacifism”.