Japan’s Upcoming Elections To Be Dominated By Issues: Defense, Economy, and Diversity 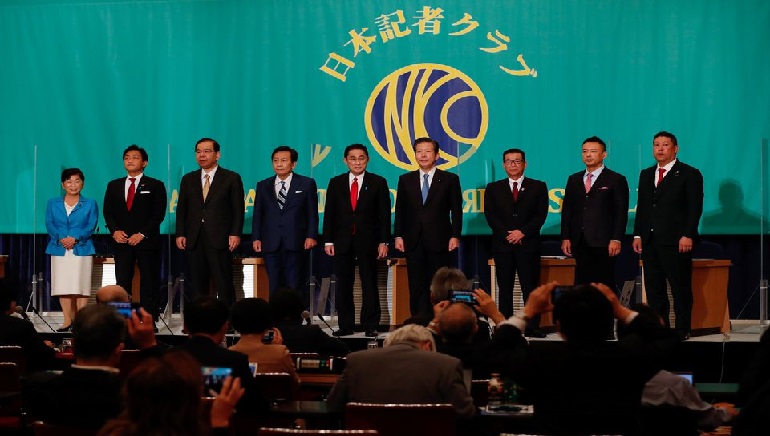 Japan’s Upcoming Elections To Be Dominated By Issues: Defense, Economy, and Diversity

Last week, the Lower Chamber of Parliament was dissolved by the Japanese Prime Minister Fumio Kishida for a general election to be held on October 31. The upcoming elections in Japan will have economy, defense, and diversity as their key issues.

The ruling Liberal Democratic Party (LDP) swore to attain “fairer wealth distribution” after the growth failed to translate into higher wages years before pre-pandemic. It worsened the rich-poor gap and the party pledged for a “comprehensive and ambitious” stimulus package.

However, the opposition party, the Constitutional Democratic Party of Japan (CDP) is asking for the consumption tax to be halved to 5% from 10%. In both scenarios, the Finance ministry top bureaucrat Koji Yano took it as a nightmare and wrote in an op-ed, “these ideas give the impression that Japan has an ultimate amount of money in its coffers”.

The LDP stresses a key plank of foreign and defense policy of Japan’s partnership with the US, Quad, ASEAN, Europe, and Taiwan, with the Free and Open Indo-Pacific vision.

As per the diversity is concerned, the LDP is stuck on the status quo and retain the longstanding pledge of creating a more conducive environment for women at work and in society