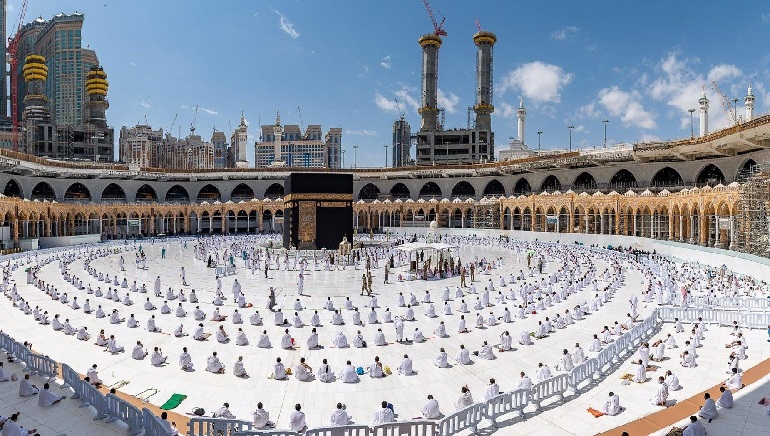 On Sunday, the Mosque in the holy city of Mecca in Saudi Arabia re-opened for the public. It operated at full capacity for the first time with worshippers praying shoulder-to-shoulder since the coronavirus pandemic began.

The workers at the mosque removed the markings from the floor that was used to guide people about social distancing in and around the mosque. It was built around the Kaaba, the black cubic structure towards which Muslims pray from around the world. The Saudi official said, “this is in line with the decision to ease precautionary measures and to allow pilgrims and visitors to the Mosque at full capacity”.

The nation is slowly opening up and has started welcoming vaccinated foreign tourists since August 1. As the measure for social distancing was lifted by the authorities, it was made mandatory for visitors to be fully vaccinated against the virus.

It was also announced by the country that it is ready to accept pilgrims wanting to make the Umrah pilgrimage. In July, only 60,000 of the residents were allowed to visit Hajj. The national authorities said the use of masks in most open spaces is no longer mandatory.