Lithuania to build the fence on Belarus border 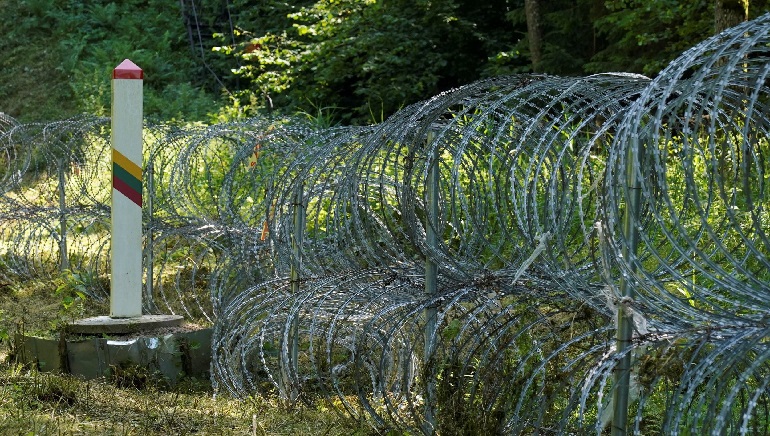 Lithuania to build the fence on Belarus border

Lithuania plans to build a metal fence topped with razor wire of 4 meters (13 feet) on the borders of Belarus. According to AsiaOne Magazine, the cost of the fence is expected to be around $178 million. The government also announced a plan to offer the migrants who agree to return to their countries of origin a sum of €300 each.

Interior minister Agne Bilotaite told Reuters news agency that without this physical barrier it is impossible to protect the borders of the country. However, a spokesman for the EU said the bloc does not finance fences or barriers. The EU has offered help to the country in the form of border guards and supplies instead. AsiaOne stated that the Lithuanian government started with harsher and more controversial policies of pushing the migrants back from the border last week. According to the Lithuanian Border Guard, many migrants come from Iraq who have been detained at several temporary detention centers.

On Monday, President on Belarus Alexander Lukashenko who has been in power since 1994, acknowledged the increasingly fraught situation on the border at a marathon eight-hour TV news conference in Belarus. He said if they don’t calm down at the borders, they will get an all-out stock on the jaw.