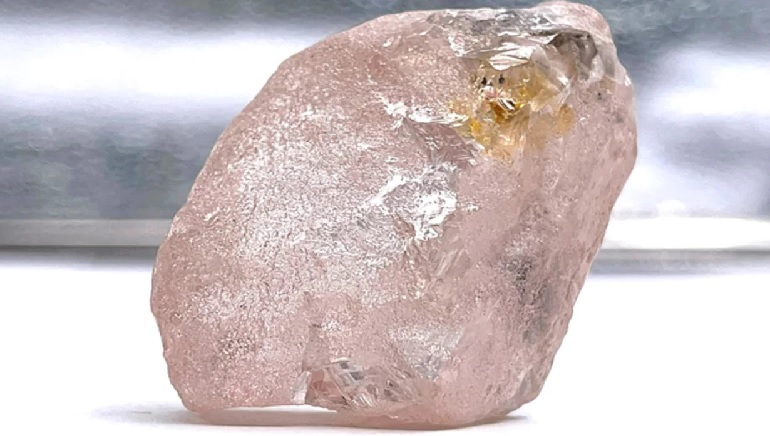 A rare pure pink diamond, believed to be the largest found in three centuries, has been excavated by miners in Angola.

A 170-carat pink diamond–named the Lulo Rose — was dug out at the Lulo mine in the country’s northeast, which is plentiful in diamond and is among the largest pink diamonds ever discovered the Lucapa Diamond Company remarked in a statement to investors.

The “historic” discovery of the Type IIa diamond, one of the most uncommon and purest forms of natural stones, was reacted by pleasure by the Angolan government, which is also the mine’s partner.

The diamond is likely to be sold at a phenomenal price at an international tender.

In spite of the fact that the Lulo Rose would have to be cut and polished to understand its true value, in a process that can see a stone get reduced to half its original weight, similar pink diamonds have been sold for dazzling prices.

The costliest diamond ever sold is the 59.6 carat Pink Star, which was sold at an auction in Hong Kong in 2017 for 71.2 million US dollars.