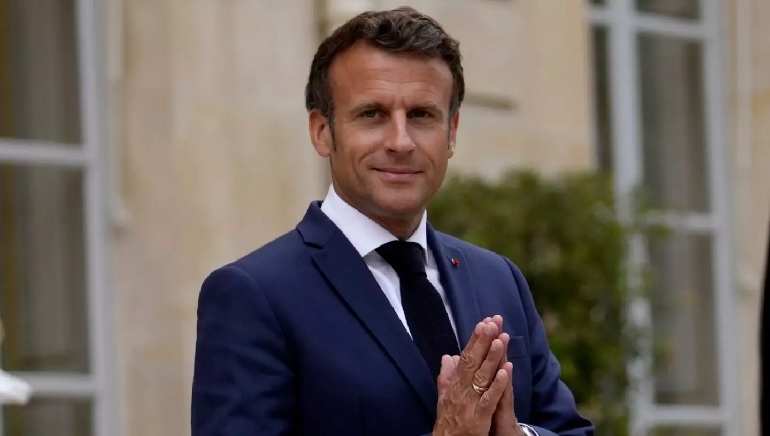 French President Emmanuel Macron has set off on a three-nation African tour, his first trip to the continent after being as he seeks tore-elected, to restore France’s post-colonial relationship with the ‘dark continent’

Macron’s July 25-28 tour will begin in Cameroon and then move on to Benin and then Guinea-Bissau.

A French presidential official, who refused to be named stated, that the tour “will show the commitment of the president in the process of renewing the relationship with the African continent” It will indicate that Africa is a “political priority” for his presidency.

In Cameroon, which has been plagued by ethnic violence and military operation by anglophone separatists, Macron will meet the 89-year-old President Paul Biya, who has ruled the country for nearly four decades and is the longest-serving non-royal leader in the world.

Biya has ruthlessly ruled the country, not giving in to demands for federalism and dealing with the rebellion by separatists.

According to the French state media Radio France Internationale (RFI), Macron desires to revive economic ties between France and Cameroon–where the economic influence of France has been gradually diminishing, and French investments are dwindling. In the 1990s, French companies accounted for 40 percent of the economy, whereas in 2021, the figure went down to 10 percent.