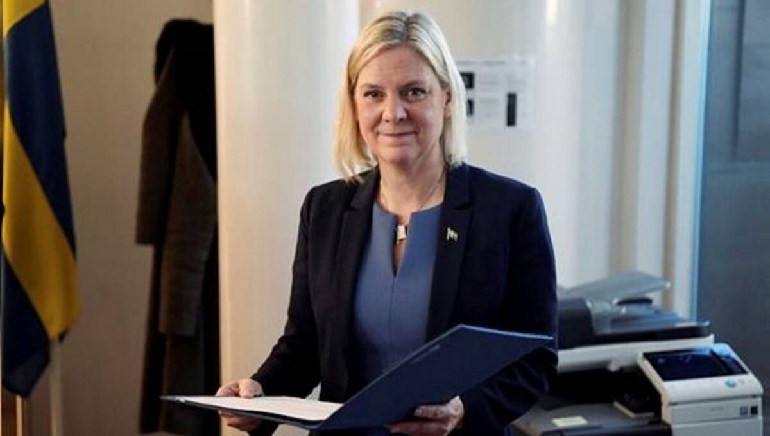 Magdalena Andersson, who was last week sworn in as Sweden’s first woman Prime Minister before she decided to step down due to a budget defeat, has been re-elected as the head of the Government. In a 101 -173 vote with 75 abstentions, Riksdag elected Ms. Andersson as Prime Minister.

She will form a one-party, minority Government and will be formally inducted following an audience with King Carl XVI Gustav, Sweden’s monarch. Ms. Andersson, who has previously served as the country’s Finance Minister, will present her government policies on Tuesday after her cabinet is named. The policies are likely to be welfare, climate and combating violence.

Last week, Ms. Andersson quit as Sweden’s first female prime minister only seven hours after being appointed. The announcement came after she was faced with a budget defeat in parliament. Her coalition partner the Green Party left the government, which compelled Andersson to resign.

Sweden, known for being one of the most progressive countries in terms of gender equality, was yet to have a female Prime Minister. Ms. Andersson took over the top post from Stefan Lofven, who stepped down in June, was sworn in again and stepped down again in August.