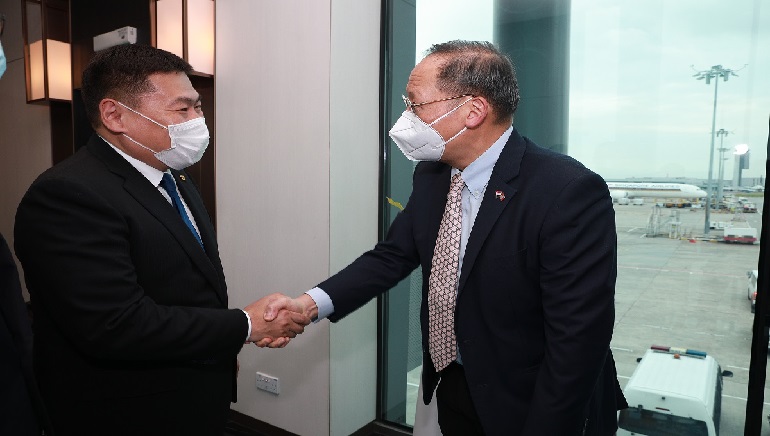 An official welcome ceremony will be held in his honor at Istana on Friday, and PM Lee will host an official lunch with him.

During his trip, he will meet Minister for Communications and Information and Second Minister for Home Affairs, Josephine Teo, and get information from Singapore agencies like the Central Provident Fund Board and the Housing Board.

Mr. Oyun-Erdene, who is visiting Singapore along with other Mongolian ministers, MPs, and senior officials, will also stop by the Singapore City Gallery and have a new orchid hybrid named in his honor. He is scheduled to have a meeting with the Temasek Foundation at Temasek Shophouse on Thursday morning. Later in the day, he and his delegation are invited to a private dinner by Singapore Cooperation Enterprise, where they are expected to sign two memorandums of understanding.

Singapore and Mongolia established diplomatic ties in 1970. In July 2016, PM Lee visited Mongolia, making it the first official visit by a Singapore prime minister to Mongolia.