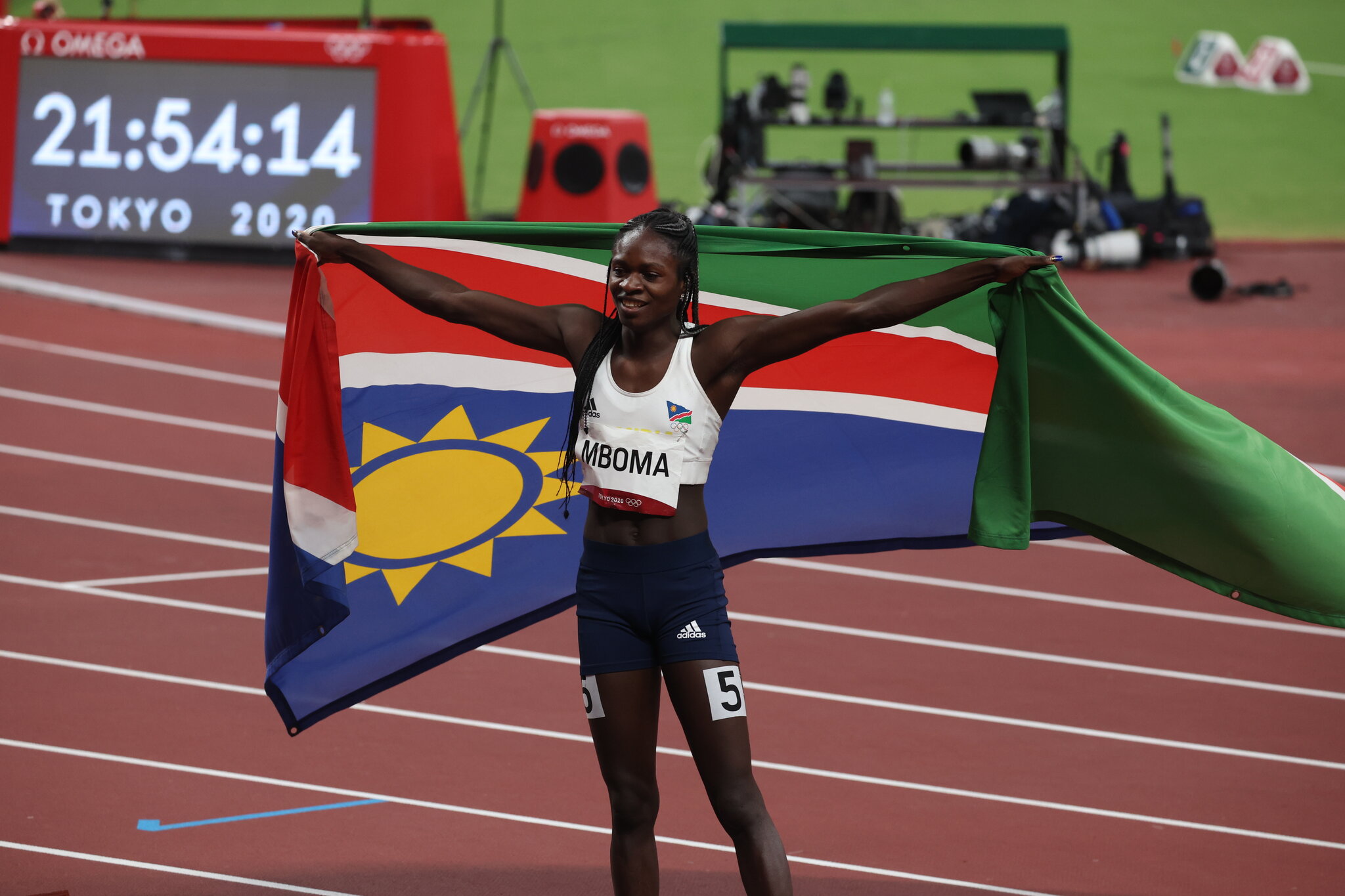 18-year-old Christine Mboma from Namibia won the first medal ever since 1996. She became the first woman ever of Nambia to win an Olympic medal. Mboma won a silver medal in the women’s 200-meter finals at the Tokyo Olympics.

Asia One reported that, she won her silver medal just weeks after being informed that she was restricted to compete in her preferred 400m. In July, World Athletic said its because of her high level of testosterone. She and her fellow Namibian athlete were asked to reduce their levels medically in a period of at least six months. 18-year-old broke the world under-20 record for the third time in Tokyo as she ran 21.81 in the final and was also the second Nambian woman to win a medal after Frankie Fredericks who won four medals during her career. She lost gold to Jamaica’s Elaine Thompson-Herah who retained her title, as stated by AsiaOne Magazine. Thompson completed the sprint double in Tokyo and ran the second-fastest time in history.

After the win Mboma expressed her happiness by accepting that she was not thinking about the medal, she was completely focused on her performance and came to the Games only for the experience. As a new athlete, she used to get nervous when she ran against the best ones but now she doesn’t feel nervous and very happy to win silver.