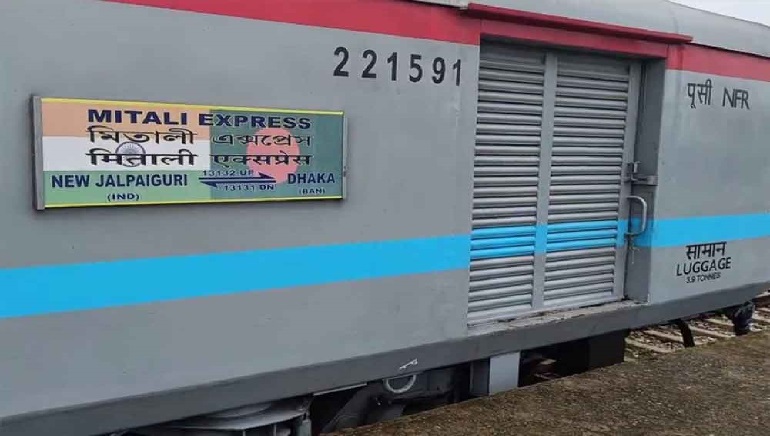 India and Bangladesh flagged off a new passenger train service called the Mitali Express, via the newly renovated Haldibari-Chilahati rail link on Wednesday. This will strengthen the relations and connectivity between the two neighboring countries.

The train service that was virtually inaugurated by the prime ministers of both countries on March 27 last year, saw a virtual flag off by Railway Minister Ashwini Vaishnav and his Bangladeshi counterpart Mohammad Nurul Islam Sujan. The train service got delayed due to COVID-19 restrictions.

Mitali Express will foster tourism in both countries and provide Bangladesh citizens access to Nepal via India by rail.