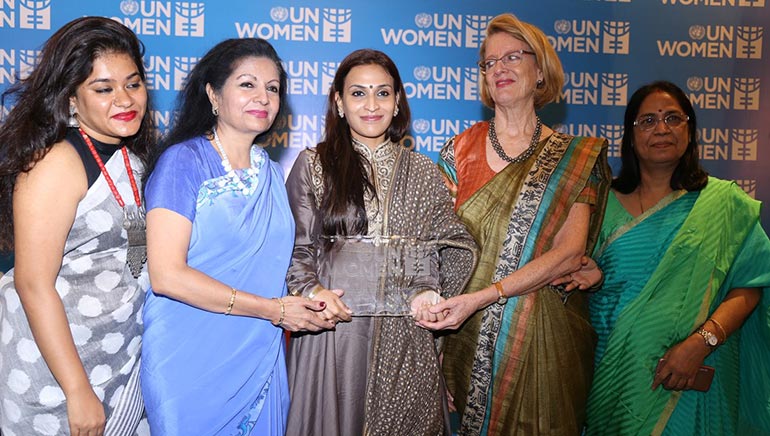 During the ceremony, Mrs. Aishwaryaa Rajinikanth Dhanush said in her acceptance speech that it will be an honour for her to serve as United Nations Women’s Advocate for Gender Equality and Women’s Empowerment in India. Dr. Rebecca Reichmann Tavares, Representative of United Nations Women India, warmly welcomed Mrs. Aishwaryaa Rajinikanth Dhanush to the United Nations Women family with the words, “We are delighted to have Aishwaryaa as UN Women’s Advocate for Gender Equality and Women’s Empowerment in India. As a filmmaker, dancer – and now writer – she is perfectly placed to reach out to a range of audiences, particularly young people, and to encourage them to speak out and act to prevent violence against women, create a level playing field for women and girls, and most importantly, help change mindsets and attitudes that allow inequalities to persist.”

Apart from being a classical dancer, Mrs. Aishwaryaa Rajinikanth Dhanush is a leading film director and writer as well. On her honorable accomplishment, Mr. Rajinikanth shared his emotions by saying that he feels “proud and delighted” to see his daughter being associated with the United Nations. Also, it is expected that a startup entrepreneur, Mrs. Aishwaryaa Rajinikanth Dhanush will make the required contribution in raising awareness of United Nations Women’s core beliefs regarding gender equality and women’s empowerment across India, augmenting the organization’s efforts to close the gender gap and achieve a more equal world—Planet 50-50—by the year 2030.